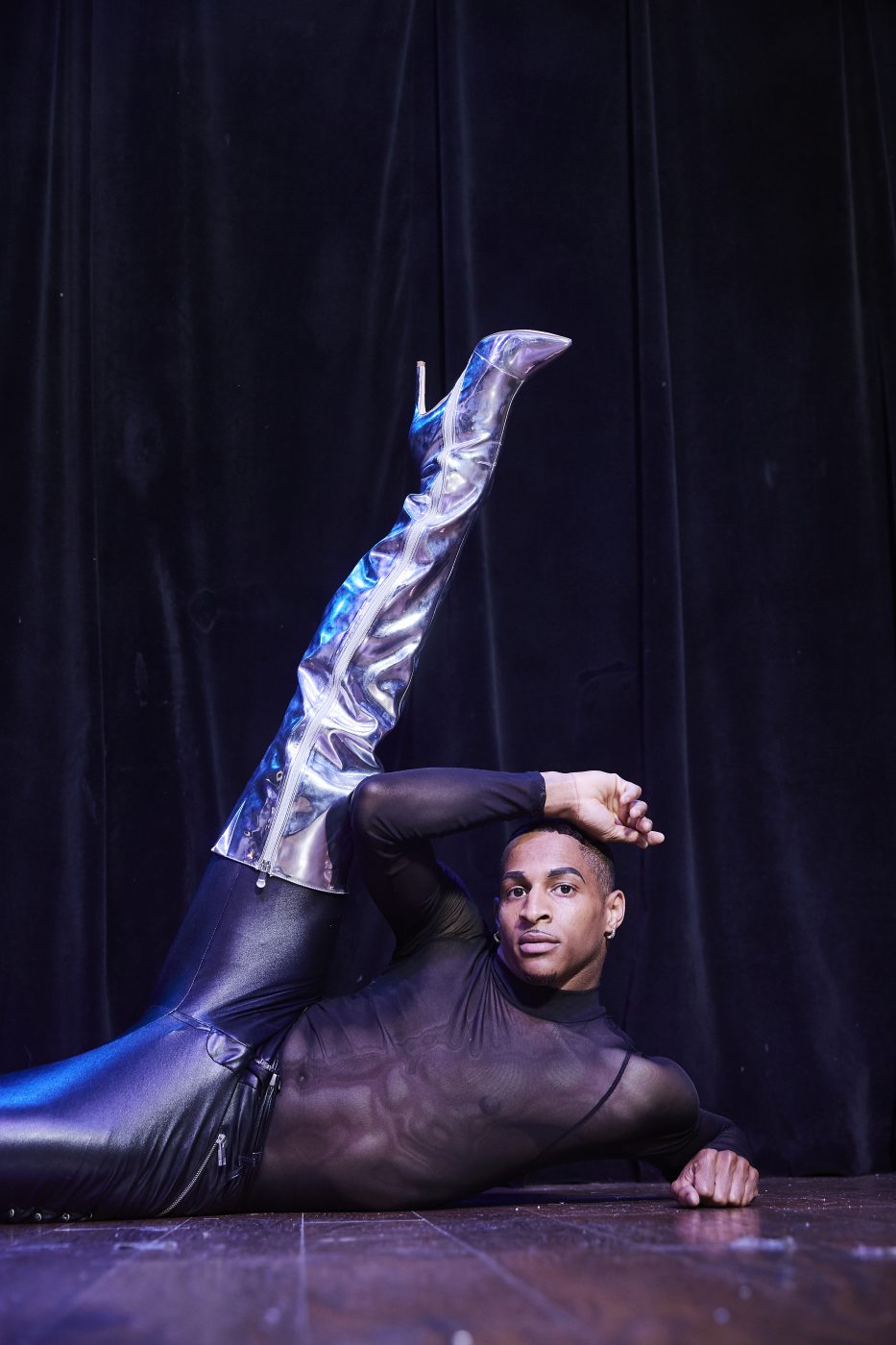 The amazing hips of Spirit Ebony. Photo by Theo Welling.

It was 2001 when Mechee Harper took her nineteen-year-old friend Meko Lee Burr to Chicago for his first ball. “We ended up taking over a KFC as our dressing room,” Harper recalls. “And the employees were like, ‘Well, alright!’”

The underground, largely black and Latinx LGBTQ ball culture has mostly existed out of mainstream awareness throughout its long history, although Langston Hughes wrote of drag balls as far back as the 1920s. It briefly pierced broader queer consciousness in 1990 with Jennie Livingston’s powerful documentary Paris Is Burning, which explores the highly structured ball competitions in which contestants “walk,” much like fashion models on a runway, and compete, or “battle,” with other performers. That same year, Madonna introduced voguing — the highly stylized dance that evolved out of the ball scene — to the world with her chart-topping hit.

Now, the FX series Pose, which takes place in the New York ball scene of the 1980s, has put the culture front and center for a new generation. And we’re all rooting for our favorite “house” to win.

Eighteen years after his first ball experience in  Chicago, Burr remembers it as a defining moment in his life.

“Everyone was costumed and dressed up. It was summer, but there were people in mink coats for one of the categories. Everyone was elegantly going about their business, holding court at their personal tables, but I was ready to turn it up!” Burr says, his face beaming. “The loud house music overtook me and I lost control of myself. I knew some of the fundamentals of voguing and began dancing down the steps, but my family stopped me and told me I wasn’t ready. I knew I couldn’t make a mockery of my family. I needed more preparation.”

When he returned to St. Louis, Burr began rearranging his life to accommodate that preparation. That included dropping out of Lincoln University, where he’d been studying sociology.

“I had to learn everything there was to learn,” Burr says.

I first took note of Burr during a rehearsal for Chuck Pfoutz’s Maximum Exposure Fashion Series, which I was writing about. The flamboyant Burr, wearing big dark sunglasses, would escort models down the runway to show them how it was done, swinging his hips side to side. Then he’d stand with the mic and coach them with a seemingly hypnotic chant, saying things like,“Walking the runway. Serving the runway. Walk!”

Months later, when I was researching ball culture, I learned not only that St. Louis has a vibrant ball scene going back decades, but that Burr is the voice of it.

At only 22, chiseled model Spirit Ebony has already cemented his reputation as the leaders of the younger ballroom generation, traveling the nation and winning battles. Ebony, a native of St. Louis, began walking balls at only fifteen. “My cousin introduced me to the ball scene, promising ‘a whole bunch of gays’ would be there,” he recalls. Since his parents were in jail, and his grandparents worked nights, getting out of the house wasn’t a problem.

Ebony won the very first ball he walked in, and found a family. Today he’s an Instagram celebrity, accumulating nearly 100,000 followers before his last account was pulled owing to his penchant for pushing the envelope with racy selfies. After all, showmanship is in his blood.

“When those real-life parents let you go, you find your queer family,” Ebony says. Of Pose, he says, “Pose nailed queer families.” That’s true even if, he says, the show conflates families and houses.

“You’re going to eventually love them like your own,” adds Harper, who has “adopted” ten children.

Sitting at my dining room table, Burr, Harper, and Ebony explain that families and houses are similar, but houses are primarily about the business of preparing for and competing in ballroom categories. They’re typically more structured and purpose-driven, and often involve a lot of traveling for events.

Families, by contrast, are about taking care of one another. Members of a family can belong to different houses.

“St. Louis is home to several world renowned houses,” Harper explained. “The Iconic House of Ebony, the Iconic House of Mizrahi, the House of Xclusive Lanvin, the House of Balmain, the House of Ambrosia…” The three agree that St. Louis is a top-ten ballroom city, after New York, Chicago, Detroit and Atlanta, and that the talent here competes in the top tier. Members also travel to and share expertise with cities where the culture is less developed, including Memphis, Kansas City and Dallas. In Dallas, Burr says, he was the first ball commentator (or emcee) in that city’s history.

All of the traveling allows for the element of surprise, which has many advantages.

“You’ll go to a city and sit in your car until your category is called,” Harper says. “Someone competing will be relaxed thinking they don’t have to work too hard, and at the last minute you’ll make an entrance, and everyone is stunned.”

Harper continues, “Ballroom is 90 percent improv. You’re in a battle with someone who’s 100 percent unpredictable.”

“Ballroom is shade. I grew up in shade,” says Harper. The ball scene operates on a hierarchy, with a loose caste system:

Legend: Five to ten years. A person who has mastered categories, and has been helpful to the community.

Icon: Typically ten to fifteen years in the scene, and considered true masters of their craft. “They are held at a standard of pure opulence,” says Harper.

Pioneer: At least fifteen years in the ballroom community.

And then, there’s The Commentator, who functions in an emcee role for events. As Burr puts it, “They are the journalist, the historian, the gatekeeper, the sergeant at arms. They keep drama low by controlling the audience.”

Burr was inspired to be a commentator after witnessing the legendary Frank Rodeo Revlon during his first Chicago ball in 2001, recalling “his charisma and his powerful voice that would make everyone jump …. his chant while voguing. I wanted to hit the runway. I just wanted to get on the floor. I thought, ‘I want to do that.’ He started a fire in me.”

The following year, Burr met Revlon during a ball in town. “He said, ‘A little birdie told me you wanted to start emceeing. I’m going to walk and have you call me out.’” Revlon told him he’d tap him on the shoulder if Burr “woke it up,” letting him know he had what it took to be a commentator.

“I had worked him over, honey,” Burr says when describing how his introduction whipped up the crowd. “I had walked the Big Boy European Runway later that night — and won. When the event was over, Frank said, ‘I live for you. You’re going to be the voice of St. Louis, and whatever you need, call me.’”

Owning the Monocle stage for a photo shoot, Ebony is posing on the floor wearing leather pants, mirrored thigh-high boots and a netted shirt — showcasing his tight, muscular chest and washboard abs. His showmanship and his use of the element of surprise are demonstrated when he shocks photographer Theo Welling by lifting his leg to a 115 degree angle.

The camera flashes illuminate Ebony’s face while “Vogue” blasts over the speakers. There’s no competition today, no battle, but as he strikes a pose, he is absolutely within his element.

Today, these three stars are running the show. Mechee Harper directs the St. Louis Awards Gala, and Meko Lee Burr runs the annual event he began in 2002, the My Bloody Valentine Ball, both of which routinely draw more than 300 attendees. Burr’s event is among the longest-running in the Midwest, and offers an unheard of grand prize of $1,000.

And this year, all three will be performing on Pride’s Main Stage as the St. Louis Ballroom Collaborative.

Just as Ebony wowed the photographer, he wows competitors and spectators from coast to coast, all while proudly representing St. Louis. “I love my city.” 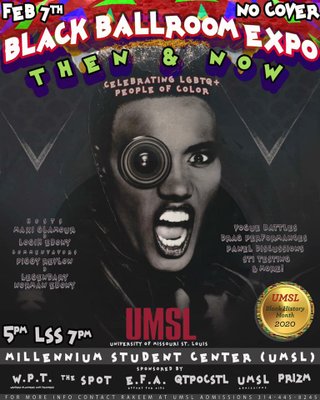 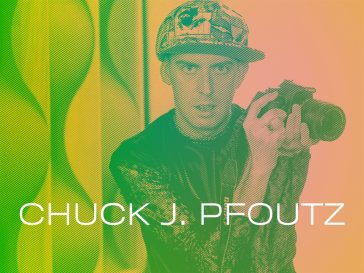 Young performers at Attitudes Nightclub are reeling after the revelation that accused “Kitty Killer Kaine” was a patron of their...