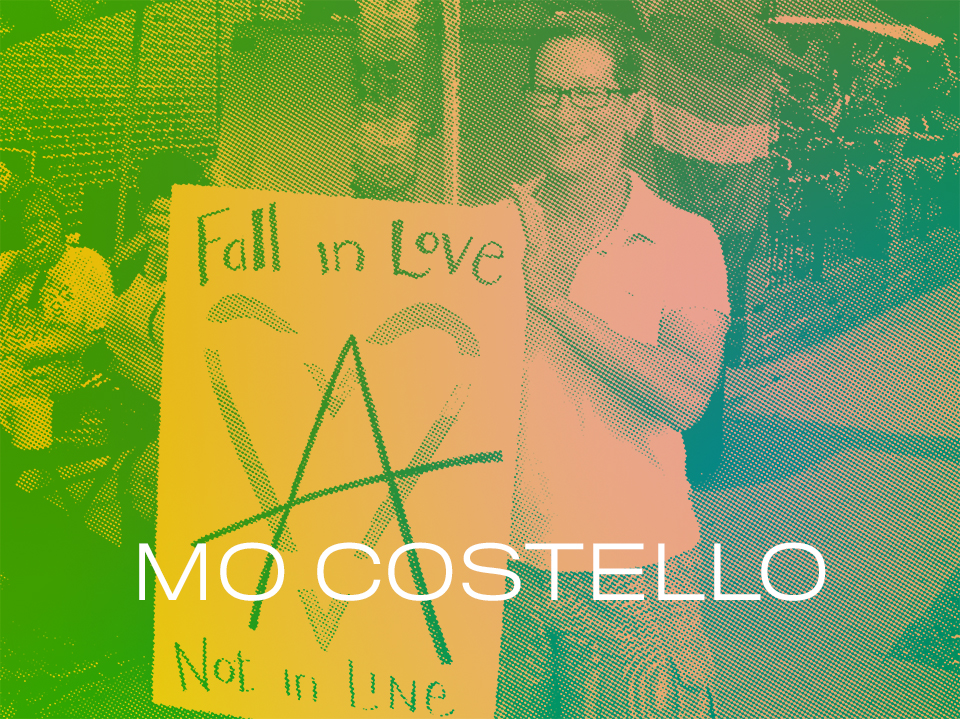 Mo Costello, the Mo in MoKaBe’s Coffee House, insists that her establishment’s standing as a community cornerstone has nothing to do with her. “I get a lot of credit for this, but we’ve literally just allowed the space to be the space,” says Costello, a youthful, angular mother of three adult children who has been sober longer than many of her customers have been alive.

Located on Arsenal just west of South Grand, MoKaBe’s is lively and well-lit. From protesting wars to standing in solidarity with the uprising in Ferguson to confronting churches that seek to dehumanize the LGBTQ community, MoKaBe’s has served as an unofficial local HQ for fighting back for a quarter-century. “We’re a very grassroots disorganization,” Costello says. “For the most part my involvement is to stay the fuck out of the way and let it occur. I think that’s the magic.”

Costello, 66, began envisioning the magic of MoKaBe’s when she was growing up in Kirkwood. “I felt so stunted growing up,” she recalls. “Everyone looking like me, Catholic schools, everyone kind of climbing up the same ladder. It just rubbed me the wrong way.”

Yet during that suburban childhood, a vision of a truly diverse space took form. “My dream was to have a place where different people feel welcome, different ethnicities, races, belief systems, gender identities, in order to create a really vibrant space,” she says. “But you can’t force it, so we’ve let it evolve.”

After being kicked out of Visitation Academy (for reasons she won’t disclose), Costello graduated from Ursuline Academy in 1970 with an already well-developed sense of rebellion. Then she embarked on a bartending career in St. Louis County, the influences of which can be seen in today’s MoKaBe’s. “You can walk in and sit at the bar and engage if you want, or you can sit at a table and read a book,” she says. “It’s been a very important thing, this counter. It’s part of the bar scene I wanted to happen here.”

But though the MoKaBe’s space is reminiscent of a bar, sobriety runs deep in its DNA. In addition to Costello, many of the employees are sober. “Sobriety and queer have been a connection for me, though not intentionally,” she says. “I don’t go to meetings like I used to, but there are always sober people here so I can still do my step work.”

Costello, who came out in conjunction with the launch of MoKaBe’s, believes the presence of sober people has been a draw for many. “When people know there’s sober people down at this place, it makes it more inviting and welcoming,” she says.

Although she is steadfast in her refusal to take credit, it’s impossible to miss the joy in Costello’s voice as she reflects on the shop’s evolution. Initially, MoKaBe’s was a place where lesbians felt safe getting together, which was even more important 25 years ago than today. It wasn’t long before gay men started frequenting MoKaBe’s as well, followed by others.

Today, Costello sees MoKaBe’s as a neighborhood/community establishment. Even though there’s an extensive menu and a popular Sunday brunch, she still thinks of MoKaBe’s not as a coffee shop or a café but a coffee house, a term she believes brings political implications forward from previous eras.

Although she’s not crazy about it, and she held out as long as possible, MoKaBe’s does have WiFi. “You can do a lot on social media, whether it’s Tinder or politics or whatever, but you still need to talk about it,” she says. “You can’t interact with just a machine.”

Despite the proliferation of technology, Costello is optimistic about the future of activism. “From what I see of queer youth, I think they’re claiming who they really are and that they have an understanding of the systems that need to be torn down and rebuilt,” she says.

And she’s pleased, generally, with the role her life’s work plays in the lives of so many others. “Whether it’s giving up one side of the place for people to make protest signs or happily providing a table for the reading group from Webster Groves, this is a space where people can be creative,” Costello says. “This has happened after years of allowing the space to evolve rather than trying to direct it.”

Our House: Bay Tran’s vegetarian restaurant Tree House is a welcoming spot for the LGBTQ community

Years ago, dining out as a vegetarian meant lots of limp pasta topped by wan microwaved mixed vegetables. Questions about...