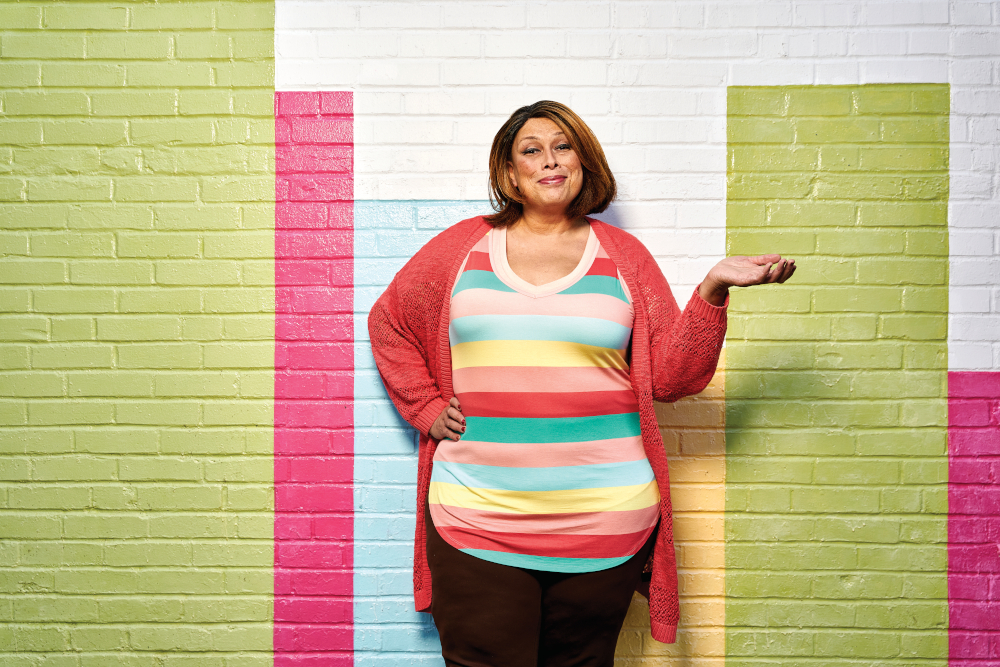 Jordan Braxton is an educator and advocate for LGBTQIA+ rights. Theo Welling.

When she was in third grade, Jordan Braxton came accross a classmate crying on the school playground. The child, who was from Africa, had sickle cell anemia and other kids teased him about it. When Braxton saw her classmate in distress, she made a speech “in front of everybody on the playground, about how we’re all God’s children and we should all accept each other and love each other for who we are,” she says.

It was the start of Braxton’s journey as an educator and advocate for equal rights. When she moved to St. Louis in 1982, Braxton joined efforts to combat the HIV and AIDS epidemic. She was one of six original fundraisers who started Saint Louis Effort for AIDS.

“I got on the street corner of Manchester and Sarah with an evening gown and crown on and a bullhorn prompting people to get tested,” Braxton says. “I’ve gone to the stroll, and the stroll is where gay sex workers hang out, and passed out condoms.”

Braxton identified as a gay man for much of her life and has been involved with Pride St. Louis for 25 years. At 52, she discovered she was intersex, which led her on a journey into trans advocacy and education. She’ll find any number of ways to help, whether it be speaking at the Women’s March on behalf of trans rights; holding classes about diversity, equity and inclusion; or cooking free fried-chicken dinners for those in need.

“She’s accepting of everyone and will do anything for anybody,” says longtime friend Jeff Noble, owner of the salon Bouffant Daddy. “She’s the most intelligent, generous, kind person who can still kick your ass that I have ever met.”

It all began in Kansas City, where Braxton grew up. Braxton was a late-in-life child to her parents. Her sister, who is 15 years older, is her nearest sibling by age. Braxton remembers those days as being “like a fairy tale” with holiday tableaus at Christmas and Thanksgiving that resembled a Norman Rockwell painting. She says her mother always welcomed everyone and thought no one should be alone on holidays.

Braxton put on talent shows in the backyard and learned to cook from her grandmother. Braxton’s mother died when she was 11 and, six months later, her father followed. She went to live with her oldest brother.

“The whole time I didn’t feel that I was really truly me,” says Braxton, whose gender identity was assigned male at birth. “I always felt like I was trapped in the wrong body. I knew I was a boy, but I always felt like a girl, always feminine and not very masculine.”

Braxton, who is over six feet tall, played basketball in the backyard. She also loved performing in shows. When she went to Drury University in Springfield, Missouri, Braxton appeared in every production that they had.

“I wanted to be Laurie in Oklahoma,” Braxton says. “But I was still presenting as male at the time.” Springfield, according to Braxton, had a strong evangelical bent and churches on every corner. “I woke up one day and asked myself: Why was a gay Black man living in Springfield, Missouri?” Braxton says. “So I packed up my car and moved to St. Louis.” 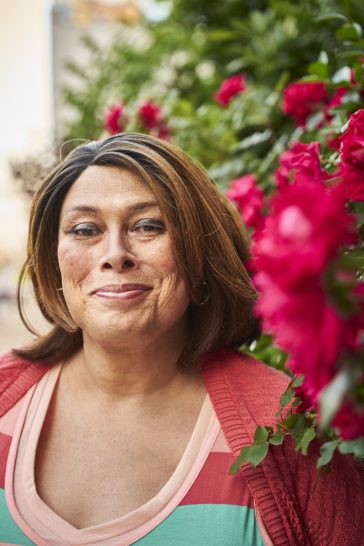 At 52, Jordan Braxton discovered she was intersex, which led her on a journey into trans advocacy and education. Theo Welling.

She got a job at a bank and started going to drag shows. The drag queens wanted to put some makeup on her (at the time, she was still presenting as male, though remembers often being called ma’am). Braxton demurred but finally decided to try it. She asked Noble, also known as drag queen Mona Desmond, to put her in drag.

“When I put a wig on [her], I just stood back and said, ‘Oh my god, you look like Sophia Loren!’” Noble remembers. “[She] was stunning with [her] high cheekbones and full lips.”

Noble agreed to be her drag mother, which meant Braxton had to audition.

“Before you go on stage, your drag mother will always make you do a number,” Braxton says. This is to make sure you’re good enough to go on stage. Set to watch her perform, Noble and some friends asked for Braxton’s stage name. She told them it would be Odessa Blue after a beautiful paint color she had used.

“Odessa!” the friends replied. “Who wants the drag name Odessa?” Noble pointed out that Braxton’s skin was the same color as his watered-down Diet Pepsi (Braxton says that they were all in an “altered-state”), and Dieta Pepsi was born.

In 2011, when Braxton was 52 years old, Darin Slyman, then-publisher of Vital VOICE, tricked her. Saying that he was getting Braxton Botox for her birthday, Slyman booked her an appointment about weight loss. Before starting the diet, Braxton had to do bloodwork. The doctor was so astonished by the results, she had Braxton come back so she could test her blood again.

Braxton had a .01 testosterone level. Typical levels can range anywhere from 800 to 1200. Braxton was intersex, her doctor told her. What’s more, Braxton needed to start estrogen to balance her body’s hormones. Since her hormones had never been right, Braxton would go through puberty. But due to her age, she’d also go through menopause at the same time.

“I was no one’s friend at the beginning. I would say I love you and hate you at the same time,” Braxton recalls about the emotional toll of the hormones. But despite the turmoil, it felt right.

“The moment that I took my first estrogen pill, everything cleared up. It’s like my mind and my body were finally in sync together,” Braxton recalls, saying her body filled out. “Mother Nature was very good to me.”

At first, Braxton was overwhelmed by all the changes. But she has since adjusted to her intersex identity. She’s also maintained her commitment to advocacy. She was recently appointed to Mayor Tishaura Jones’ Metro St. Louis HIV Health Services Planning Council. “I’m trying to make sure there’s trans representation when it comes to HIV care,” she says.

She also works as a prevention supervisor for Vivent Health to stop the spread of HIV and sexually transmitted infections.

As for life, Braxton is confident but doesn’t take anything for granted. “Every day that I live as myself is visibility. I go places other trans people don’t. They say, ‘How do you go to a baseball game? How do you go to a hockey game?’ I don’t think about that. I just go. But I’m always aware of my surroundings.

“I live my life unapologetically.” 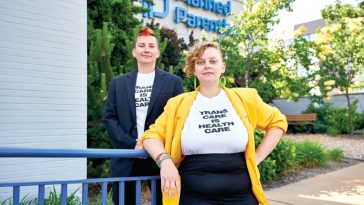 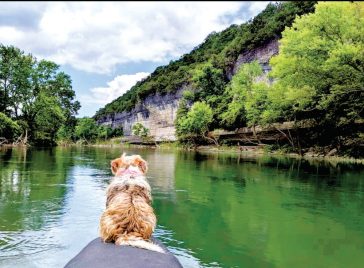 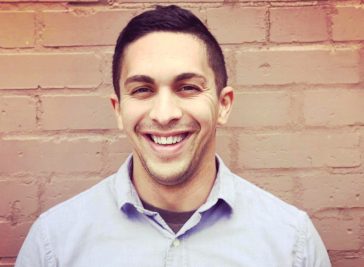 Here We Are: Pridefest Returns Downtown