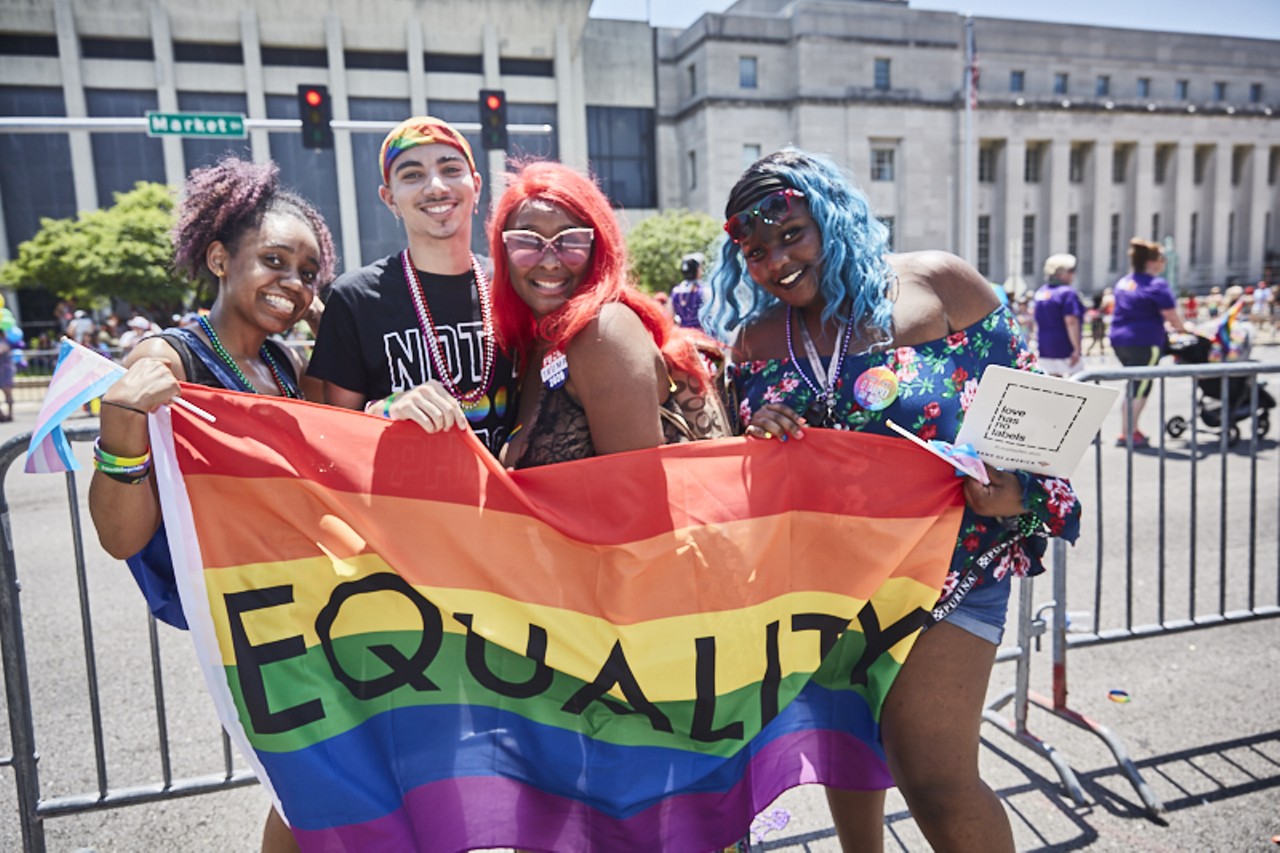 Pride 2019. Photo by Theo Welling for the Riverfront Times

St. Louis PrideFest is a heady mix of rainbow colors, exuberant dancers, pulsating music, wild drinks, great food, old friends and, most importantly, a coming together of people across the region in support of LGBTQIA+ identity and rights.

“The main purpose of starting a Pride festival is to celebrate together as a community,” says Jordan Braxton, Pride St. Louis board member and director of diversity, inclusion and outreach. “If we come together, we get to celebrate how wonderful we are and what a great community we are. And, of course, yes, it’s visibility, too, because when you get that many people together, you say, ‘Oh, my god, there are a lot of queer people here in St. Louis and in this region.’” (For more about Braxton, see page 18.)

Braxton recalls feeling that way in the first year that the parade moved downtown. Standing at the front, she looked back at the large, enthusiastic crowd poised to march.

It took her breath away.

“We have arrived,” she remembers thinking at the time. “Here we are [in] downtown St. Louis with rainbow and trans flags flying, and here we are with the Arch in the background.”

That was 2013, and PrideFest has only grown since. The St. Louis PrideFest is one of the largest free festivals in the U.S.; the parade drew over 300,000 people in its last in-person iteration in 2019, Braxton says.

This year’s festivities will take place on Saturday, June 25, and Sunday, June 26. PrideFest will be on Tucker Boulevard between Olive and Market streets from 11 a.m. to 7 p.m. on Saturday and 11 a.m. to 6 p.m. on Sunday. The fest will include entertainment, a dance tent, a children’s area, a food court filled with area food vendors, a sober area and a nonprofit village that will include community resources and HIV and STD testing. The Grand Pride Parade steps off on Sunday, June 26, at 11 a.m. from 10th and Market and marches on Market to 18th Street.

It will be a fun day for attendees and an important one for the community.

“Sometimes society, life can beat you down,” Braxton says. “It’s important that you can go someplace and be around people who accept you and love you and want to be around you.”

St. Louis Pride started in 1969 with the founding of the Mandrake Society — the area’s first formal gay-rights organization. It formed after several men were arrested on Halloween for dressing in female attire.

“Because of Mandrake, I think, people were more comfortable [about] stepping out onto the limb and being more public about activism,” says historian Steven Louis Brawley, pointing to work done by the Women’s Alliance, the Metropolitan Community Church and others. (For more about Brawley, turn to page 40.)

Eventually, those collective efforts led to the very first official Pride celebration in 1980. Because then-Mayor James Conway was “lukewarm” about the efforts, the organizers applied for the permit as a charity walk. The parade began in the Central West End and went straight down Lindell Boulevard to end at Washington University. There was only one musical performance and a single speaker.

Though some openly celebrated, others painted their faces or wore paper bags over their heads, afraid of the repercussions of being out.

“It was not as grandiose as today, but everyone knew [it] was a gay thing. [Paradegoers] just played the game,” Brawley says.

So much has happened in the 42 years since. There have been steps back — including singer and orange-juice spokesperson Anita Bryant’s anti-gay activism in the ’70s and the current deluge of anti-trans legislation. But there’s also been progress — Mayor Francis Slay performing four same-sex marriages in 2014, the legalization of same-sex marriage in 2015 and the Supreme Court ruling in 2020 that the Civil Rights Act of 1964 protects LGBTQIA+ workers.

Through it all, there’s been a St. Louis Pride celebration every year — until coronavirus precautions necessitated abbreviated or virtual events.

So 2022 Pride marks a jubilant return to in-person festivities, and this year’s theme, “Together Again,” celebrates this triumphant return.

Whether it’s your first pride or you’ve been there since the beginning, Braxton has some advice. “Just exhale and relax and have a good time.” 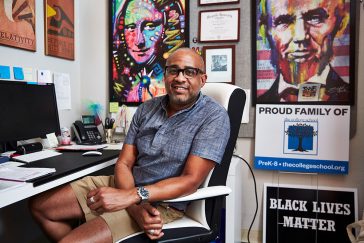