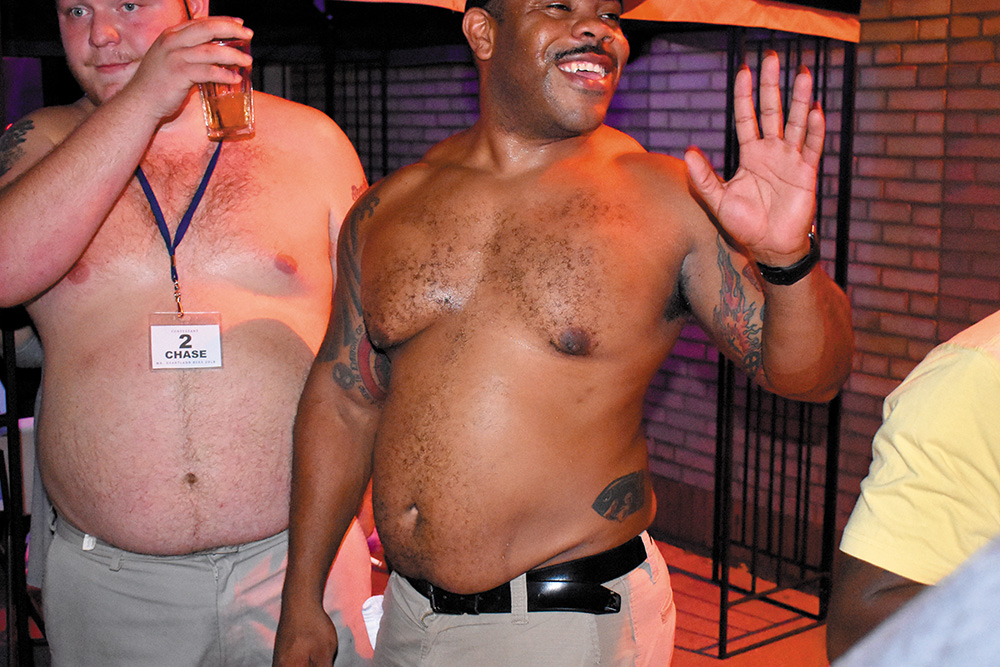 Twenty-five years ago, when the Show Me Bears first became an official organization, the moniker conjured forth images of big guys who proudly sported beer bellies, beards and lots of body hair.

In the early 1990s, when gays in the military would have been an off-the-charts hashtag had hashtags existed, there was something intriguingly subversive about the bears. Rather than assimilate, they retained an aura of raw, unapologetic sexuality — gathering, for example, not in bars or clubs but in dens. For those of us who weren’t part of the scene, it was easy to imagine bear dens as dimly lit sanctuaries that smelled like sweat and cigar smoke, places where manly things happened.

Today, a quarter of a century later, the definition of bear, like many things in the realm of queer, is much more open to interpretation.

“There is a big bear spectrum,” says Joey Franks. He would know; in many ways Franks personifies the queer world’s transcendence of labels. He identifies as bisexual, he’s not particularly bearish in a physical sense and he was just three years old when the Show Me Bears became an official organization.

Yet Franks began volunteering with the group shortly after a job transfer brought him to St. Louis from California in 2015. This year, he’s chairing the group’s biggest event, Hibearnation, a four-day social extravaganza that kicks off November 1 at the Holiday Inn in downtown St. Louis. The festival is now in its 24th year.

Although he’s sometimes referred to as a cub, Franks says he doesn’t think he’s quite stocky enough for that designation. And besides, he says, he’s drawn to the bears not because of their physicality so much as their spirit and ethic of community service. “I identify on a plane of what the Show Me Bears represent, and what they do,” he says. “To be a part of that makes me feel like a bear.”

In addition to providing a great time, the group has served a valuable role as an anchor, Franks says. He was in the process of coming out when he began volunteering at various bear events. “I was just learning to accept who I was supposed to be,” he says. “It was very comfortable, and the work being done and the people I met were all very worthwhile.”

One of the things Franks appreciates most about the Show Me Bears is that membership has given him the opportunity to develop friendships with people of different generations. “I’m friends with people in their 40s, 50s, 30s,” he says. “I like it. It makes me see things more clearly. I learn about what things used to be like compared to what they are like now.”

Franks is hardly an outlier when it comes to leaving rigid physical restrictions in the last century. On a warm Friday afternoon in late summer, he’s seated at a picnic table on the patio at JJ’s Clubhouse, the group’s home bar, with president Akash Munshi, 38, and his partner, Lance Hamann, 48, who serves as the organization’s secretary. If encountered in a more neutral setting — strolling in the Central West End, say, or shopping at Schnucks on Arsenal — would any of them be pegged as a bear? They laugh. Munshi, as if he’d anticipated the question, pulls his shirt open to reveal a very hairy chest. Franks says, “We knew this would come up.” 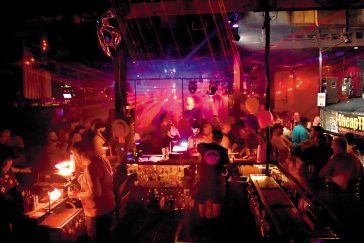 Munshi sees the increasingly open definitions of groups like bears as part of a natural progression. “Over the last decade I’ve noticed people becoming more accepting of LGBTQ rights and issues,” he says. “As a result, there aren’t as many restrictions as there used to be. We don’t need to cling to identity as much as previous generations have. Bears don’t feel like they can’t go to preppy bars anymore.”

And Munshi sees that as a good thing overall. “It’s more fluid, which is helping us,” he says. “I feel like we can do things for the rest of the letters in the alphabet and it’s not an issue.”

Regardless of how fluid definitions may become, bears, true to their roots, remain notoriously fun. After all, only people with a well-developed sense of what constitutes a good time could pull off an event like Hibearnation for 24 years in a row.

Dubbed Fifty Shades of Bear, this year’s gathering, Hibearnation 24, will feature pool parties, kink workshops, a trip to the sex club, a dinner served by Show Me Bears wearing aprons (and nothing else), a cigar social, a masquerade ball and the F*ck Jeans Dance Party, in honor of the spirit with which Fifty Shades of Grey’s protagonist wears certain blue jeans. Hibearnation, which began as a few friends getting together for drinks at a hotel, typically draws close to 500, not only from the Midwest but from across the U.S. and other countries, including Australia, Germany and Japan. Its reputation borders on legendary: People who have never set foot near the event, people who don’t even know it’s called Hibearnation, have stories.

The bears are also known — have always been known, in fact — for their fundraising chops. “We’re all into hairy, huskier, bigger guys — that’s our common ground,” says Munshi, who joined in the group in 2010 shortly after moving here to pursue a Ph.D at Saint Louis University. “But our goal as a group is to help the community. We get together and raise money for charities that are important to us, such as Doorways and St. Louis Effort for AIDS. Since we’re a 501(c)3, we give everything away.”

Even the organization’s bear pageant, Munshi explains, is actually a fundraiser. “We think it’s important to always promote awareness,” he says. “The entire weekend we spend crowning Mr. Heartland Bear, for example, we were also raising money for Camp Hope, which helps families that have a member with AIDS, not necessarily just the person who has AIDS. That’s what we aim to do for this one event — raise a few thousand dollars.”

Throughout the year, the bears raise money in various ways, from manning a liquor booth at PrideFest to selling themed Jell-O shots and raffle tickets to guest-bartending at JJ’s and donating the tips. Last year, the group raised $16,000, which was donated to local organizations at a holiday-themed party in December. The bears who volunteer on the Hibernation planning committee get to select which groups receive the funds.

Munshi believes that the key to the Show Me Bears’ longevity is the group’s strong sense of philanthropy. “All of us have this passion, and we have a platform we’ve used to do good,” he says. “The Show Me Bears made it to 25 because we have found an avenue to help the community.”

Though newer to the group, and younger by a decade, Franks agrees. “The sense of pride and duty to the community is what people bring into the group,” he says. “That’s what keeps it expanding. We’ve seen members come and go, but when they come back, when they’re here, they are part of the group. There’s a great sense of pride and I think that’s what’s helped carry it through 25 years.” 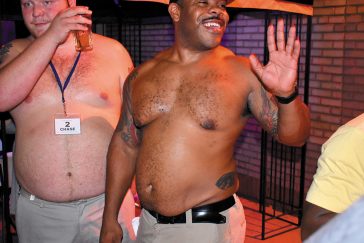 Munshi acknowledges that the last quarter-century has indeed been transformational, but he’s quick to add that lots of people continue to suffer from unmet needs. “There’s been a huge amount of progress in the last 25 years,” he says. “But there are still people with HIV who aren’t accepted by their families, who, once their status is known, have a lot of problems with healthcare, food, good jobs. That’s why the Show Me Bears support thriving entities in our community that provide food for people with AIDS, for example, or who are suffering from cancer.”

Both Munshi and Hamann point out that in spite of all the progress over the past couple of decades, old needs have reemerged. “People think that because AIDS has come such a long way that it’s not an issue anymore,” Hamann says. “But over the last year and a half, there have been drastic funding cuts, so I feel like we’re needed more than we were a couple of years ago.”

While bears tend to avoid politics, there’s a general consensus that in this particular political moment, the group’s commitment to communal well-being has become even more important. “Over the last year and a half, with everything going awry in the country, it’s become really important to look out for each other,” says Hamann. “It doesn’t matter if you’re a twink, a bear or a wolf — we’re all under attack. I think it’s important to maintain a strong sense of community, that feeling that if you pick on one of us you’re picking on all of us.”

For more on Hibearnation 24, see hibearnation.org. And for more on its hosts, check out showmebears.org

There was some grumbling in conservative Jefferson County when the 2016 DeSoto Christmas Parade was slated to include the county’s...