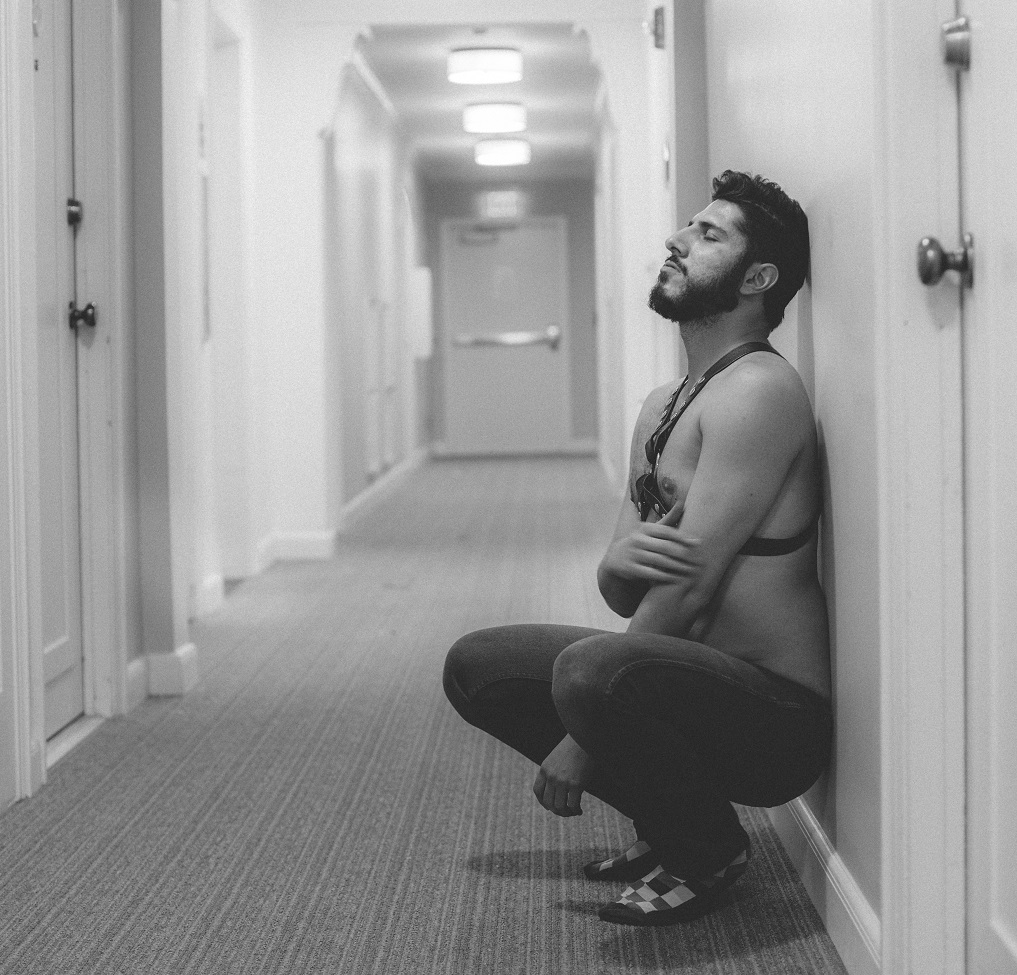 Salam Alhamdy hadn’t been in the office more than an hour when he became fixated with setting up a sexual encounter. On that May morning in 2016, the 33-year-old was still living in Kansas City. Business travelers were always on his radar, and one was ready and waiting at an airport hotel. He fired off a few directives to work colleagues, replied to a text from his partner of two years and then discreetly ducked out for one of his trademark four-hour lunch breaks.

By all appearances, Alhamdy, a fit and attractive young professional, had a life that was perfectly in balance: a harmonious relationship, a fashionable Midtown loft and a lucrative position in finance. He was the cook of the household, and over candlelight dinners, Alhamdy and his partner would discuss art, decor, music, politics and their future together.

On the inside, however, his compulsion was consuming him.

“I mean, I’m a project manager. Time management and milestones are my thing. But still, my erratic behavior was reaching a point where there were close calls, mostly with the boyfriend. I would show up to events late, ‘long nights in the office,’” Alhamdy explains. 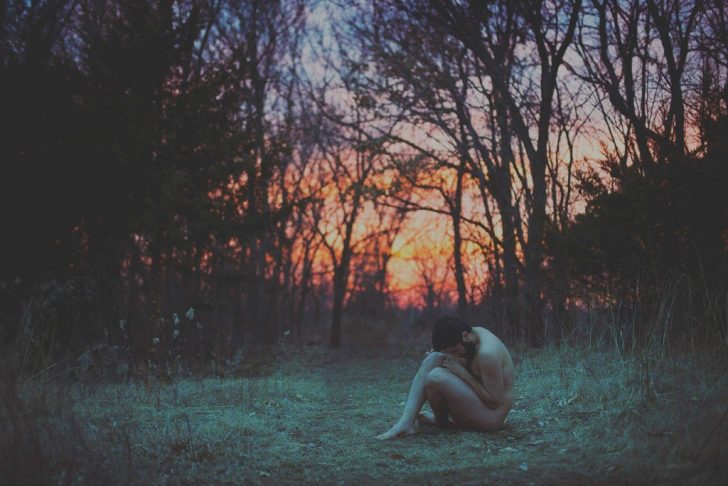 “It would start with an app. The biggest party happened when I texted a guy in town from Chicago. He invited a couple of his friends, and his friends’ friends. I think within two hours we had about twenty or so guys come in and out. Some jerked off and left, some came to watch. Others to get fucked. It didn’t matter what anyone wanted or why they were there; everyone was welcome.”

I first took note of Alhamdy about a year later, shortly after he’d moved to St. Louis. Seen as a mysterious, even exotic, newcomer, he ignited imaginations and generated social media buzz with his professed mission of bringing back the lost art of dating, all while looking for his ideal companion. It was reminiscent of The Bachelor, and many contestants were jockeying for position, seeing who would be the next to be wined and dined.

The St. Louis honeymoon was short-lived, with a deepening pool of spurned romantic interests telling their friends not to waste their time because Alhamdy was a player — giving every indication of budding romance, only to cut it off after a couple of dinners. Alhamdy has a fascinating ability to make anyone in his gaze feel like the hottest, most interesting man. And he offers those in his company the kind of undivided attention that’s unheard of in today’s distracted culture. If attention is a drug, many locals were now in withdrawal.

Soon flirtations were on the decline and cold shoulders on the rise. Then rumors of a torrid past in Kansas City hit the local bloodstream. Over cocktails, St. Louisans speculated on what exactly Alhamdy was hiding.

Aware of the whisper campaign, Alhamdy decided that if stories were going to be told, he wanted to be the one to tell them. He also felt the process would be one of personal growth. We met for dinner at the Boat House in Forest Park to discuss what he now says was an all-consuming sexual addiction. 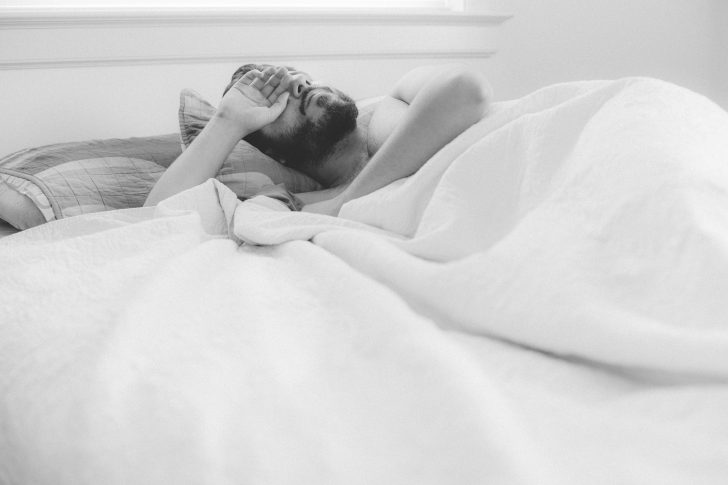 Alhamdy describes being in a trance-like state when in the eye of the storm, which was followed by an adrenaline rush.

“When you have that much sex, you not only lose track of time but you lose track of reality,” he says. “You really do. Somehow the pleasure only became more intense. And I became more aggressive and volatile. Slowly I let go of whatever inhibitions. I didn’t care what someone wanted me to do to them.”

After exiting the hotel, he says, he often felt “elated.”

“I didn’t feel guilt,” he recalls. “I felt joy. I felt connected. I knew it was a temporary high, because at the end I knew I am doing something terrible to someone, and to myself. But for a good few hours that didn’t matter. The way I felt towards the end of relationship made nothing matter but my pleasure.”

The hangover, however, was atrocious.

“By the next day guilt sets in and it’s heavy. Really heavy. You feel like you’re this criminal, this low grade of human filth. I thought of suicide many times. Can’t tell you how many times I wished I had driven into oncoming traffic or how many times I seriously thought of shooting myself in the head. That’s how bad it was.”

Known for his artistic selfies, during the height of his addiction Alhamdy would avoid looking into the camera — or he’d obscure his face altogether.

“My boyfriend never knew anything was wrong. He just knew I took pretty dark pictures in which I didn’t make direct contact with the camera and hid my eyes. He would ask me, ‘How come you cover your eyes a lot?’ I would tell him because it makes it feel like a candid cinematic shot. The truth is, I could barely look at myself.” 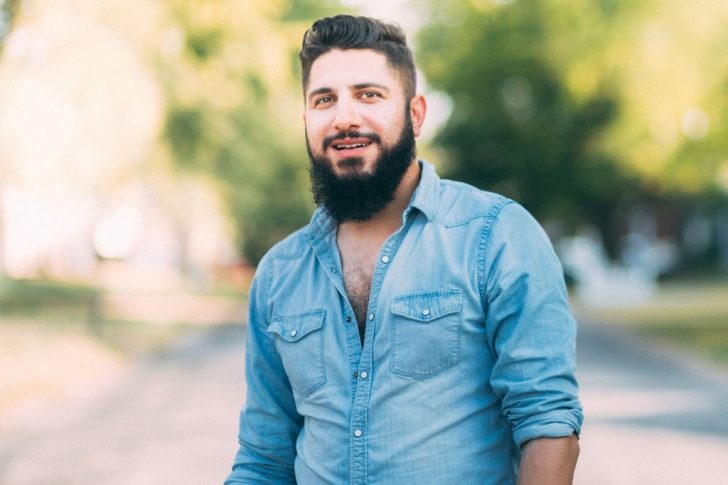 “I knew there was no fixing this. He was shaking, yelling and crying, and I wanted to comfort him, but I couldn’t.”

The two briefly tried to live as roommates as they worked to untangle the living situation. That created situations ripe for jealousy and resentment, especially since Alhamdy hit the ground running, wasting no time pursuing a new romance. It all came to a head when he returned home to find his partner had filed for an order for protection claiming harassment, a charge Alhamdy adamantly denies.

“I walked into my apartment to find six cops with my partner, who was looking dead-faced. They told me I had ten minutes to get my things and go. I checked into a hotel and sat on the phone with my best friend all night, just thinking about how badly I’d fucked up my life.”

Alhamdy says he didn’t challenge the order of protection, which was granted in July 2016.

Retreating to the distant suburbs as salacious tales of his double life, many of which he says were false, spread through Kansas City, Alhamdy entered a twelve-step sex addiction program.

“I’m not a religious man,” says Alhamdy, “and wasn’t expecting all the references to God in the program, but it did help me see and admit that I was out of control, which was an incredibly hard thing for me to do.”

After the program, Alhamdy decided to make a fresh start in St. Louis. He says he has shed the duplicity that was the hallmark of his past and lives a life that’s an open book (check out his Facebook page to see for yourself). He aims to be honest with others and honest with himself. Rather than finding sex, his focus now is finding his one true love.

One could argue that Alhamdy has gone from being sexually promiscuous to romantically promiscuous. But while anonymous sexual partners are normally easy to shake, spurned romantic interests often get messy — as Alhamdy knows all too well. Few things disinfect better than sunlight, and by owning his story I think he has given us all an example of how to effectively neutralize our often complicated pasts.

While he is a single man who still enjoys sex, Alhamdy said in the past year he’s had less of it than any time in his adult life. But it’s not for the lack of offers.

“At the end of the night, it’s not St. Louis if they don’t want to fuck you.”

Chris Andoe, a.k.a. “The Emperor of St. Louis,” is the editor in chief of Out in STL and the author of the book Delusions of Grandeur (Cahokia Press, 2015). You can contact him at [email protected]