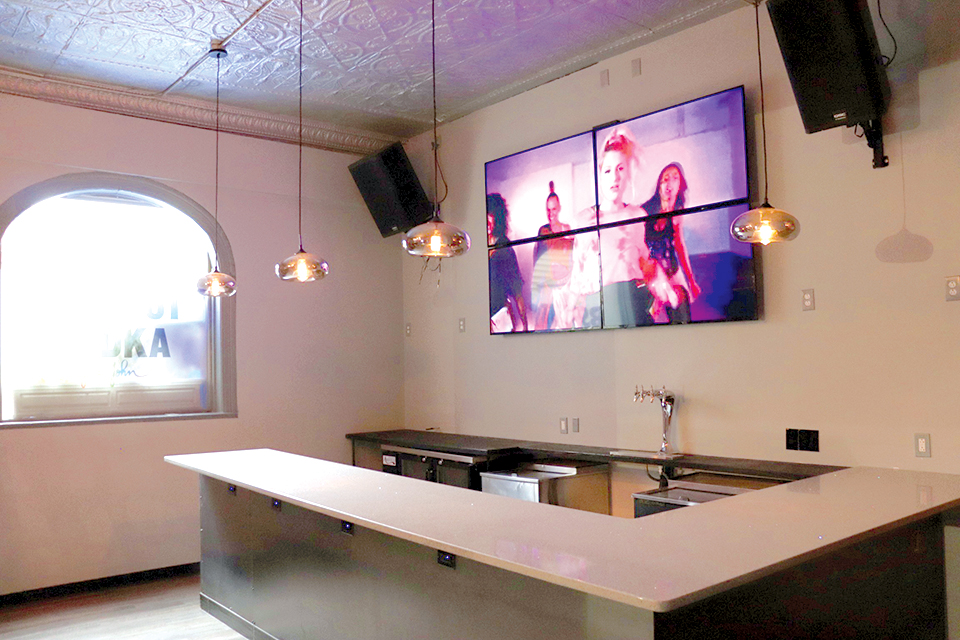 Even before the coronavirus pandemic rewrote the rules governing public gatherings, many believed online dating apps and the general mainstreaming of queer culture had made gay bars a lot less important than they once were.

Jeromy Ruot, co-owner of Just John, disagrees. “As long as there are Republicans in charge of Missouri who are trying to take our rights away, we need a place to gather,” says Ruot, who, along with co-owner John Arnold, has operated the popular night spot since shortly after Barack Obama’s first inauguration in early 2009.

Ruot is backing his words up with a $100,000 renovation to the 3,000 square-foot space at 4112 Manchester Ave. in The Grove. “We’ve been threatening to do a renovation for years, because we’ve always needed more restrooms,” he says. “But with the emphasis on social distancing, we decided it also needs to be more airy and open.” There’s also a time capsule …

Although the pandemic has had a devastating impact on many businesses, Ruot says the money he and Arnold had set aside for an eventual remodel made it possible for them to take advantage of the shutdown orders issued in mid-March. While the renovation prevented opening the interior when the orders were loosened in May, the patio at Just John is open daily.

Pre-Just John, Ruot worked for years in commercial real estate, so renovations are not completely foreign territory for him. Drawing on that experience, he had renderings drawn up and then hired GC Wright Building Systems to bring them to life. Gary Long is the project manager.

“We realized we were going to need a lot more space between tables, so we started demolishing a few weeks after we shut down in March,” Ruot says.

In addition to upgrading and expanding the bathrooms, which will be mostly touchless, the bar has been moved out of the middle of the main room, and new flooring and lighting is being installed throughout. According to Ruot, industry trends put the timing of the renovation right on schedule. “Successful bars and nightclubs renovate every eight to ten years,” he says. “We’ve expanded over the years, but we’ve never done a major overhaul. Our attitude was: Let’s roll the dice!”

That is not entirely unlike the approach they took eleven years ago when they bought the bar. Arnold and Ruot, who were in a relationship at the time, were, as Ruot recalls, watching their retirement savings evaporate thanks to the great recession. Arnold, who at the time was bartending at Just John, was told by the owner that the business had been sold. Arnold told the owner he wished he’d known she was planning to sell because he was interested in buying, and the stars aligned shortly thereafter: The sale fell through, and Arnold and Ruot drew up an agreement with the owner and took over in early 2009. “It worked out fine until COVID-19,” Ruot says.

Aside from the pandemic, Ruot, who turns fifty in early October, says running a bar is a good fit for him. “I like being my own boss for the most part,” he says. “I liked what I was doing before, but selling corporate real estate felt like selling my soul.”

He also likes the way Just John has evolved to the point that it’s many things to many people. “We’re very fortunate to have been very well received not just by the gay community but by the entire city,” he says. “Just John is a great starter bar for parents. I think it’s nice to have a gay bar you can take your parents to.” Up until this year, Ruot’s parents have attended Just John’s annual Kentucky Derby party; his grandparents also visited the bar.

Like all jobs, Ruot says owning a bar can be stressful, and that there are days he’d be grateful for the opportunity to embark on another career. But it’s gratifying to be able to provide a safe gathering space for the area’s many queer communities, one where people can connect with each other and also be energized occasionally by a sense of political progress. “This is a place to hold hands with your boyfriend, but we also support all liberal causes and candidates,” he says. “There are politicians and community leaders who come here. We have the space to accommodate large groups of people, and it looks good on camera. We hardly ever say no if someone wants to have a fundraiser or a function to get out the vote. We believe in the process.”

While he believes the pace has slowed since the 2016 election, Ruot says the changes he’s seen since moving to St. Louis in 1994 offer evidence of progress, even if it’s gradual, and often painfully so. “When I moved here, all the [gay] bars were entered off the alley and had blacked-out windows,” he says. “I remember when Clementine’s opened the window by the pool table. It was awesome and terrifying.”

Since they’re already pulling sections of the bar apart during the remodel, Ruot decided to assemble a time capsule, to be tucked into a spot that’s hard to find but not impossible, which he hopes will give those who find it a sense of 2020. The capsule will include a Just John face mask and other pandemic-related items, as well as a Bud Light and a bottle of Pearl Vodka, the top sellers at this point. Ruot is mulling over numerous ideas for what else to include in the capsule.

The internet is also a game changer, of course, but Ruot doesn’t think online is ever going to replace in-person. “Apps aren’t replacing bars,” he says. Ruot grew up in the 1970s and 1980s in Vandalia, Illinois, population 7,000, about 70 miles northeast of St. Louis, believing he was the only gay kid on the planet. “I think those kids are still out there,” he says. “Seeing something online is kind of like seeing something on television — it doesn’t become real until you’re there.”

What Just John offers that the internet does not, at least for now, is a sense of camaraderie. There are events like the derby party and a lot of teams sponsored by the bar, including volleyball, softball and darts. “People do drink, but you no longer have to drink when you go to the bar,” Ruot says. “It seems like there are more sober people here now than there were ten years ago. Also, the smoking ban was awesome.”

Thanks to the conservative backlash that’s especially pronounced in Missouri, he says it’s important for bars to step up and go beyond providing a space for socializing and entertainment. “Republicans are out there spreading so much misinformation about us that we need gay bars as a place to organize,” he says. “In a state like Missouri where the government is so backwards, I don’t think gay bars in our major cities are going to die out any time soon.”

Closely linked to organizing, he says, is education. Just John is a place where the generations mingle, from ascendant politicians to celebrating the life of a fellow bar owner who would be written off as a rival in most other towns to a bartender celebrating his 75th birthday (see sidebar), the space oozes a sense of living history that Ruot thinks is critical. “Stonewall was only 51 years ago,” he says. “I don’t know if younger people realize how many people are out there trying to take our rights away. I think it’s important for us all to know our history. It’s an important part of protecting what has been fought so hard for.” 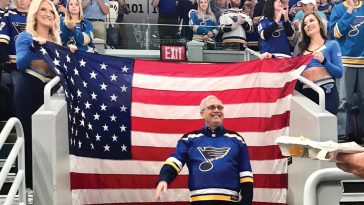