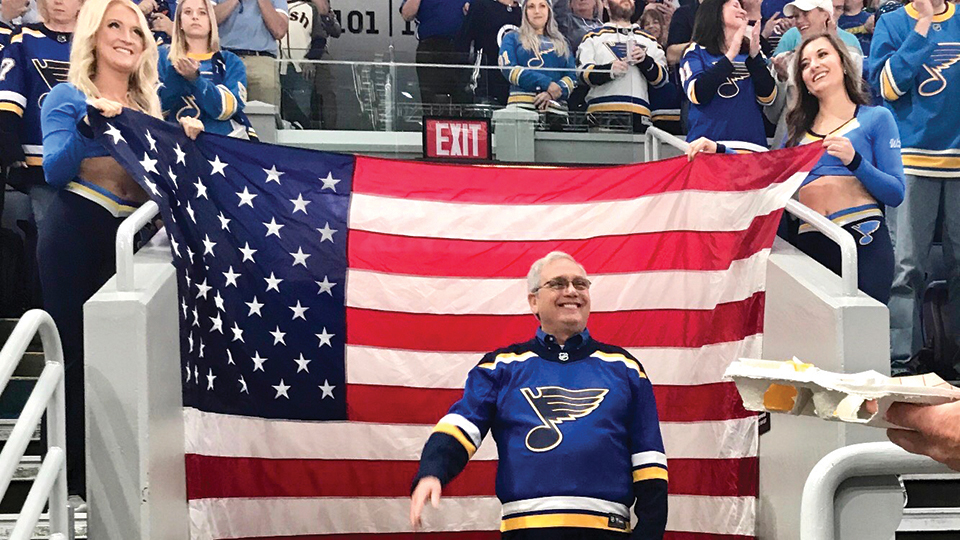 If Joe Hedley is any indication, seventy-five doesn’t look like it used to. The day after his big birthday, which was July 26, Hedley was surprised when he went to work and was greeted by flowers, cake, friends and co-workers. “It was great fun,” Hedley says. But he’s not one to sit still for long, even when the occasion is momentous. That Monday afternoon was no exception: Hedley didn’t waste any time getting busy serving drinks from the patio bar at Just John in the Grove, where he’s worked for the past eight years. “It’s my retirement job,” he says.

After a business career and a stint in the military that included Vietnam, Hedley failed miserably at kicking back and winding down. Eighteen months in, in May 2012, he was talking with a friend who worked at Just John. “I told him, ‘This retirement thing is killing me,’” Hedley recalls, “and he asked if I’d be interested in working with him.”

He says the job, in addition to being a lot of fun, provides him much-needed structure and routine. It also marks, in a sense, a return to his gay roots. After high school in University City and college in Kansas, Hedley shipped off to Vietnam and then returned to St. Louis. A friend from college who had come to St. Louis for law school introduced him to a woman who was in the process of opening a restaurant on Lindell and was looking for investors.

Acting on a hunch the aspiring restaurateur had about him, after the two had dinner she took Hedley to Potpourri, a tiny, lower-level gay bar in the Central West End. Hedley remembers that evening — which ended in East St. Louis at the Red Bull, widely considered the predecessor of the legendary establishment Faces — as the beginning of an enormous weight being lifted off his shoulders. “I simply had no idea there was a gay community here,” he says.

That night was a beginning, but it would be a long time before Hedley was fully out, at least according to today’s standards. “Coming out was such a different experience,” Hedley says. “There were still so many restrictions in the workplace and families that you didn’t just sit at the table and announce you were gay. In many ways, coming out meant coming out to your gay friends.”

For many years after that night, in fact, Hedley arranged and organized his life in ways that are barely recognizable today. As he remembers it, coming out in one’s professional life was something done only by those in professions where being gay was expected, artistic fields such as theater or design. Hedley bought and sold stocks and worked in banking. He eventually owned a commercial painting company.

Being closeted in one part of his life, however, did not prevent him from being out in others. He was one of five owners of Bijou, a 5,000-square-foot bar (3,000 square feet of it was dance floor) housed in a building at Boyle and McPherson Avenue that burned to the ground under mysterious circumstances. It was the mid 1970s, the music, was played on reel-to-reel tapes by real DJs, and Barry White was ascendant. To this day, Hedley believes there is no better cure for a bad mood than Motown.

Hedley may not have been entirely out, but he still associates the experience with the emergence of a gay identity in St. Louis. “The Bijou was one of the first big gay bars in St. Louis owned openly by gay people,” he says. “It was an exciting time from that perspective.”

It was also a time when news traveled much more slowly. Hedley was in basic training when the Stonewall uprising took place. After Vietnam, Hedley returned to St. Louis, where he lived for the duration of the 1970s. It was not until the early 1980s, more than a decade later, that he learned about the event that’s acknowledged as the dawn of the modern queer rights movement. He’d transferred to his employer’s San Francisco branch and noticed that his doctor was a member of the Stonewall Medical Group. “I’d never heard of Stonewall,” he says. “So I started researching. I went to the library.”

In addition to learning at the library, Hedley was for the first time in his life part of a network of people who were very knowledgeable about the gay community and its history, and he learned from them as well. He lived in Twin Peaks and visited the Castro neighborhood daily, and when the AIDS pandemic hit, it hit hard. Like many, even four decades later, he considers it the defining event, the ultimate dividing line between then and now. “I lost a lot of friends, like we all did, but it didn’t drive us back into the catacombs,” he says.

Instead, Hedley believes the crisis propelled us into a new era, one that is different in nearly every way. “As a community I think AIDS was our baptism by fire, and I think it empowered us ultimately,” he says. “Today, kids come out to their families when they’re in grade school, and their families, thank God, have become more accepting.” Hedley himself has also become more accepting of a broader range of people — AIDS activists, for example. “I didn’t think very highly of ACT UP back then, but I do now,” he says. “They were right and I was wrong, and whenever I meet someone who was a part of it, I say thank you.”

While the world appears to be a radically different place than it was when he came out, Hedley believes bars still play an important role. He doesn’t believe the hook-up apps — which he says he doesn’t use — will ever replace real-life watering holes. “I guess they’re easier because you don’t have to get dressed and go out,” he says. “And from what I’ve heard you definitely don’t have to use your own picture.”

On a more serious note, Hedley believes the reason bars endure is simple. “It’s always been very interesting to me that you’d go out to spend money to have a drink made that you could have much cheaper at home,” he says. “But at home you don’t get the camaraderie.”

And, according to Hedley, there’s no amount of technology, acceptance, or assimilation that will that will ever mean we don’t need gay bars. “I say to that: Yes we will,” he says. 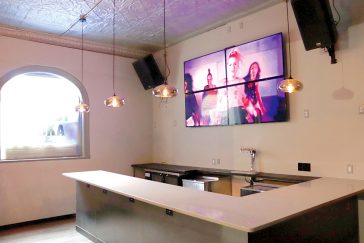 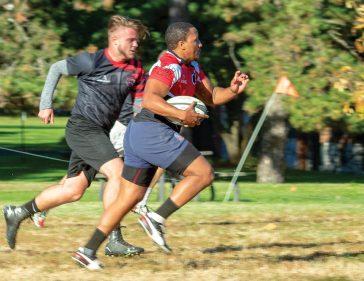