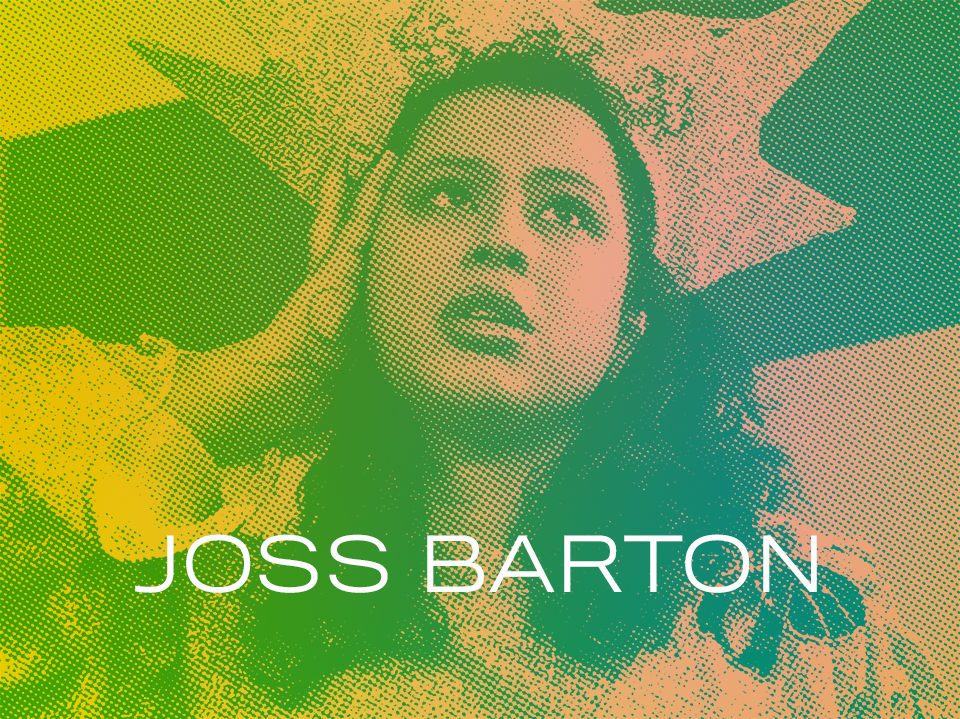 It’s by some cosmic fluke that the people of 2019 St. Louis get to experience the outrageous wonder that is Joss Barton, when everything about her indicates she rightfully belongs in the provocative art scene of 1970s New York — a time when the city was so sinister, tourists were given brochures with survival tips.

The thick-skinned, street-smart Barton would have not only thrived in that scene, she would have owned it. Yet somehow she also flourishes in our time’s most politically correct activist circles, speaking her truth without compromising her irreverent, no-holds-barred style and saying things that would ruin just about anyone else.

On her art, Barton says, “My shit is for queer people. Trans people. Faggots.”

The themes of Barton’s art are drugs, sex, culture and politics. She could be reciting a seventeen-minute poem at Austin’s OUTsider Fest, or doing an occasional drag performance, or even removing a butt plug on stage.

Barton draws from her experiences, having lived a fast life on the assumption that, as a trans woman, she likely wouldn’t live past 30. She has lost sisters to HIV and suicide, but she’s been most anxious about the prospect of being killed by a trick.

“Guys change once they’ve gotten off, or sometimes in the middle of sex, even. You can see them change,” Barton explains, discussing the rage some men experience regarding their attraction to transwomen. “I was riding in a car with a guy who took on an ominous vibe and he said, ‘You know you should be careful who you let in your house and car.’”

Barton thought to herself, “This could be the end.” Yet she survived.

In 2016, Barton was having sex while high on meth. In the corner of the room, she saw the ghost of a dear friend who had committed suicide, sitting and watching her with a forlorn look of concern. That was a wake-up call.

“I said to myself, ‘I can’t be a strung-out tranny trying to survive piecemeal.’” Barton had ambitions she wanted to pursue, and dialed the partying way back.

“I love drugs,” Barton says, “but nobody on meth cares about you.”

Barton has been told that her art has “a necessary defiance” about it, and that description resonates with her. Discussing the times we’re living in, Barton says, “This is a crisis. I’m writing in defiance of the systems we are accepting blindly. Each day is a new nightmare, and I seek to break people out of their numbness.”

To his coworkers, Dr. Christopher Lewis is known as the gender doctor. But to the LGBTQ community in the city,...