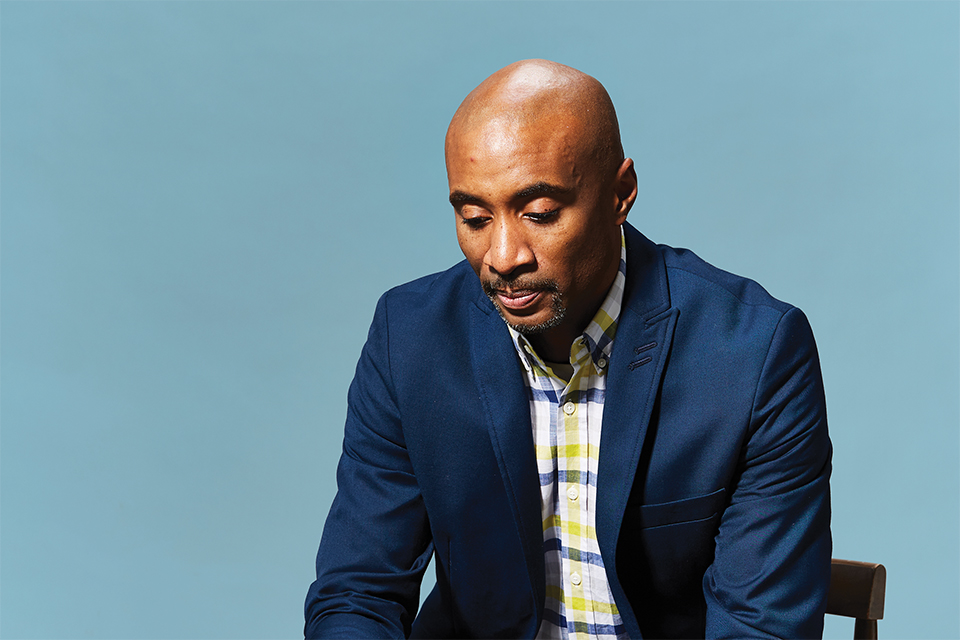 We’d be hard pressed to think of a local LGBTQ+ celebrity who fell as far and as publicly as Jeff Small. A household name in St. Louis due to his years as a KDSK reporter and anchor, his January 2018 drug arrest made for shocking headlines and viral posts.

While his life had seemed ideal on the surface, the crash was a long time coming. What began as a daily coke habit in 2005 morphed into a meth addiction in 2013.

“I was lost in every sense of the word” Small says.

By the time he tried meth for the first time, his unreliability had already cost him his job, and he felt no other news organization would hire him. He was able to find other high-profile positions, like his role as media relations director for the City of Ferguson, a post he maintained from 2015-2017.

The arrest took place more than a week prior to the news breaking.

“Drugs have to be sent off for testing,” Small begins. “I was already released and hadn’t told anyone about it, and then a friend called to tell me the St. Louis Post-Dispatch released my mug shot, and I was devastated. I looked high in the picture. Then it was nonstop calls and texts. I went to the best attorney in town, Travis Noble, and he said he’d get me through this but it wasn’t going to be easy.”

Small says Drug Court was hell: “They own you.” He failed multiple drug tests and spent more time behind bars. “I didn’t see that I was an addict. I still thought it was manageable, that I could just do it less. I wasted hundreds of dollars on Golden Seal and other ways to beat the tests.”

After eight months of false starts, Small decided to get serious and make drastic changes. “After six months of staying clean, I saw that it was possible.”

January 21, 2020, marked one year being drug-free, and since then he’s been on a media blitz to tell his story.

“I want to put a face to meth and show that there’s a way out. Meth doesn’t give a shit about color or education. It’s an equal opportunity destroyer. It’s a sick, sick way of living,” he says.

The stories Small tells of life on meth are bleak. “If there were six of you doing drugs together, four would be homeless. Several would be [HIV] positive with no meds. Nobody had a car…”

Starting over from the bottom, Small still doesn’t have a car of his own but is rich in the renewed relationships with his partner, his father and his friends. And in his newfound purpose.

His message to the LGBTQ+ community is as simple as it is stark: “Party and play is killing us.”

In 2010, Christine Elbert was walking through the Pride Festival with a friend, and it took her 45 minutes to...