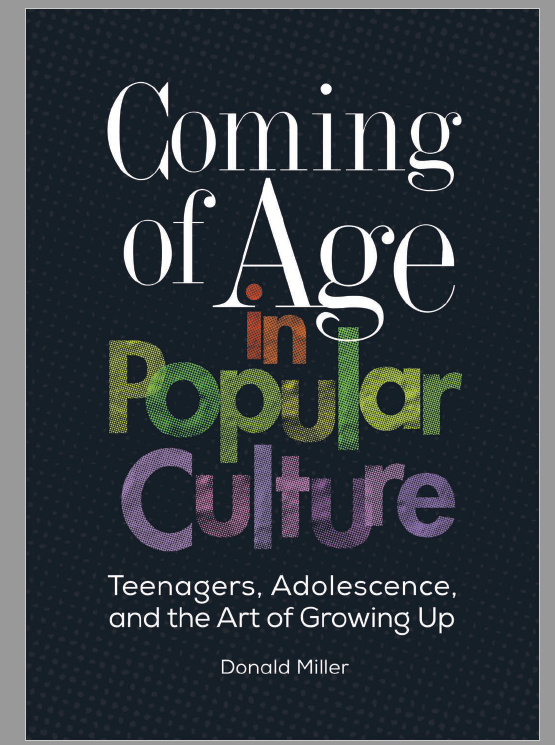 With several LGBT plays under his belt, Donald Miller felt confident that he could tackle writing a media focused textbook due to his love of all things pop culture and his master’s degree in media communications from Webster University.

The task proved far more daunting and time consuming than he could’ve ever imagined. Even with the help of an eager research assistant, Miller was overwhelmed with the amount of work involved in penning a textbook. What was supposed to be a one year project developed into more than three years of writing and editing. 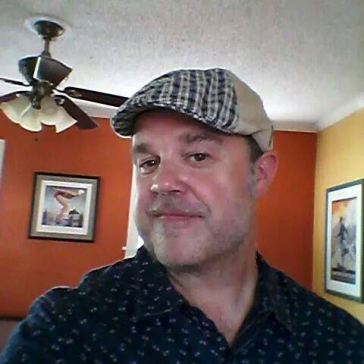 “Coming of Age in Popular Culture: Teenagers, Adolescence, and the Art of Growing Up”  examines teen-centric media from 1950-2010. Popular films, TV shows, novels, and music are examined and linked to teen lifestyles and influences.

The book analyzes these media presentations through a larger cultural lens—“connecting the dots” between popular media and events within society that are political, religious, and socio-economic.

Rather than just providing cursory information, the book delves into issues such as gender and minority representation, governmental influences, and parental control. It’s written in an entertaining and engaging style designed to spark conversation and, in some cases, even debate.

The author was already familiar with tales of racial inequality among African-American artists from earlier decades—many times, these entertainers performing for white audiences were denied access to the very clubs and restaurants where they performed. There were also conspicuous examples of white artists such as Pat Boone taking previously recorded songs by Black singers and “homogenizing” them via edits for mass consumption and profits.

Up until the last few decades, representation of LGBT issues was typically lax at best and hostile at worst.

“When researching some of the entries for the book, I was fascinated by the ongoing marginalization of minorities within popular media productions.” Miller says.  “Things are improving, though. I was pleased to see TV shows like ‘Pretty Little Liars,’ ‘Glee,’ and ‘One Tree Hill’ presenting major characters that are gay, bisexual, and even transgender. The cultural value of these programs overall can be debated, but at least the community has finally been given a seat at the table in terms of presence.”

The topic of sexuality and sexual orientation is prevalent in many teen coming-of-age films, which is why Miller felt it was so important to ensure representation of the LGBT community whenever appropriate.

At the same time, the author was somewhat disheartened to see how both the film and music industry have treated LGBT members of the entertainment community in earlier decades.

“Artists like Janis Joplin were pressured to minimize their same sex attractions while male actors like James Dean, who was allegedly bisexual, knew that their careers would be ruined if their sexual orientation was ever revealed to the masses,” Miller says.

When it comes to the representation of women, things have also improved incrementally, but they had nowhere to go but up considering what the 1950s did for female empowerment and equality.

“It was probably the most fascinating decade to study due to the stifling patriarchal influences of a post WWII culture. Women were relegated to roles within the American household as mothers and wives and this was reflected in TV shows like ‘I Love Lucy,’ ‘Father Knows Best,’ and ‘Leave It To Beaver,” Miller says.

“The symbiotic relationship between advertisers and television producers was staggering. A cumulative message of women being nurturers of husbands and children was continuously reinforced by ads for household appliances. The primary role of wife/mother was to cook and clean,” says Miller. “In television shows and many films, women were expected to blindly obey the requests and demands of their husbands and to recognize their roles as secondary and supportive, never primary or authoritarian.”

This  fall, “Coming of Age in Popular Culture:  Teenagers, Adolescence, and the Art of Growing Up” will be available through Praeger Publishing throughout the country for senior level media courses. That’s an incredible reach and an incredible opportunity to make an impact, which is not lost on Miller.

“My hope is that high school students who read this book for a class will gain insight into how minority groups have historically been viewed and presented within popular media, seeing progress but also realizing that we still have opportunities to educate others and even ourselves.”

Unity, Pride, and Shade: Summer Issue has it All

We’re honored to partner with Pride St. Louis and #Boom to bring you this combined Official Pride Guide and summer...