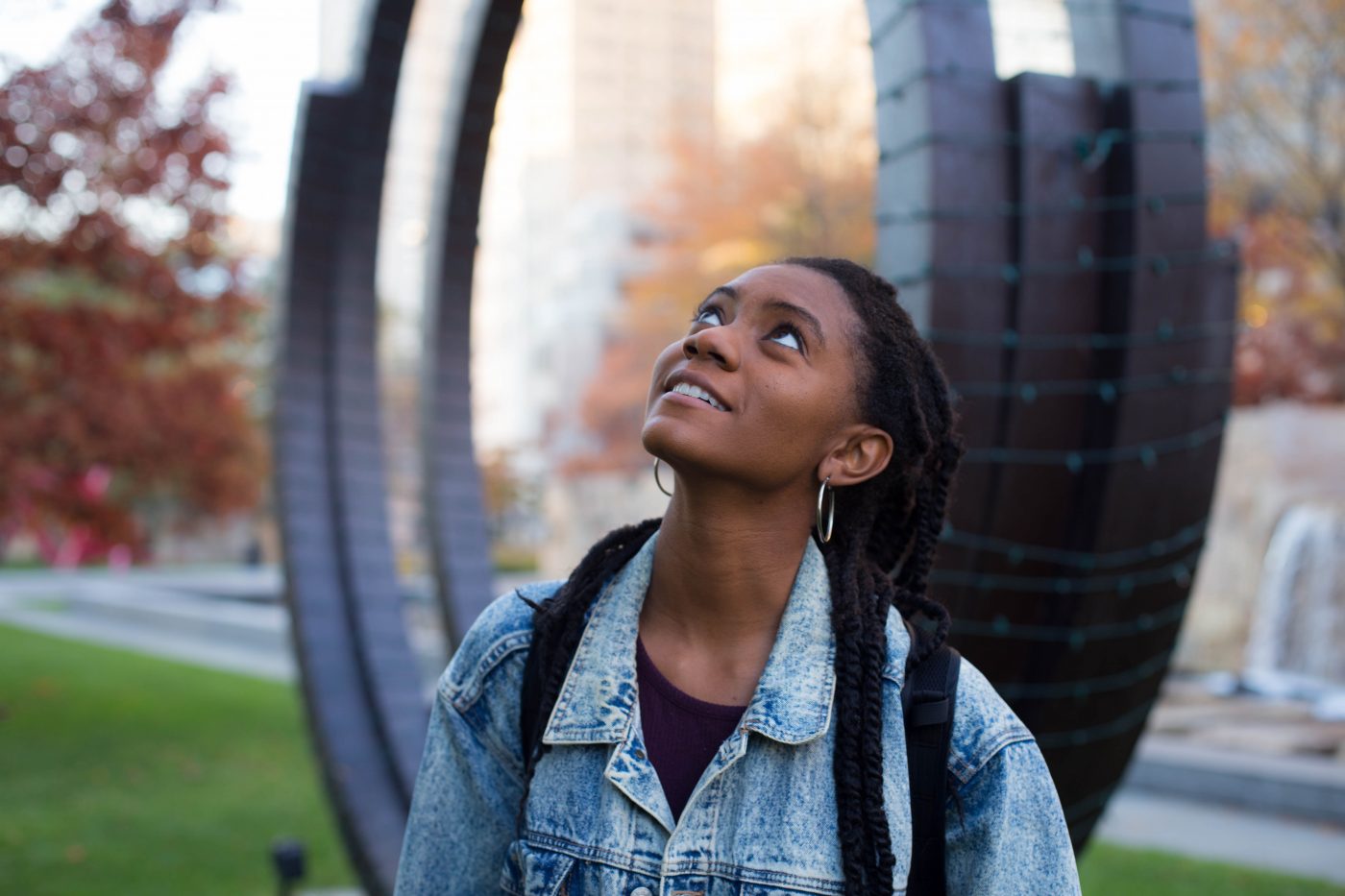 It’s that time of year again, and St. Louis is sparkling with that Midwestern holiday glow. While you’re hanging Christmas lights, shopping for Hanukkah presents and lighting the Kwanzaa kinara, don’t forget that the ultimate test comes at the end of the month with New Year’s Eve. Sure, there’s the task of finding the perfect New Year’s Eve outfit, but when the clock strikes midnight, why not saunter into the new year with a fresh outlook on life? While you’re crafting your list of New Year’s resolutions, here are a few recommendations to kick off your happiest year yet.

The term “self-care” is all over social media, usually coupled with a picture of your best friend rocking a neon blue seaweed face mask and sipping a glass of the grocery store’s finest chardonnay. And while that sounds like a perfect evening, self-care is more than having regular massages and attending morning yoga. Self-care means taking a deep dive into your mental health and addressing the things that may have you stuck. When you’re not in a good place mentally, there’s no amount of holiday fruitcake and rhythmic dance parties that will fix the problem. That’s when it’s time to take active steps toward putting your mental health first.

See a therapist, even if that seems a bit extreme. My personal philosophy is that everyone should see a counselor before they think they even need to see a counselor. It’s useful to have a professional analyze your coping habits and offer suggestions for managing your emotions before they become unbearable. My counselor points out when I am headed towards burnout. She’ll predict it weeks in advance — left to my own devices, I would just crash and burn. Make sure that you have the tools to properly address and process your emotions as they come.

No longer can we, as a community, let our emotions build up until we’re left numb or even frenzied.

It’s only natural that work stress, relationships, money worries and quarter-mid and midlife crises will occasionally throw us for an emotional loop. Add being LGBTQ into the mix, and the statistics become alarming. According to the Taylor & Francis Journal of Homosexuality, LGBTQ adults are nearly two times more likely to have depression or anxiety than our heterosexual counterparts, while the American Psychological Association finds that 50 percent of transgender adults experience anxiety or depression. Our mental health clearly should be a priority. Whether it’s finding a trusted LGBTQ-friendly counselor to talk to, turning off your cell phone more often, downloading a meditation app or getting more sleep, self-care should extend beyond regular pedicures.

As a black person, it’s always alarming to see how many members of the LGBTQ community will march loud and proud for marriage equality but stay silent during Black Lives Matter or immigration demonstrations. I’ve experienced such behavior often enough that I now wonder if the LGBTQ community only acknowledges the gay part of me, not the black part. Much of that is a St. Louis problem; people here tend to avoid bringing up race, as if simply mentioning it is divisive. In reality, avoiding race inequality is significantly more damaging. 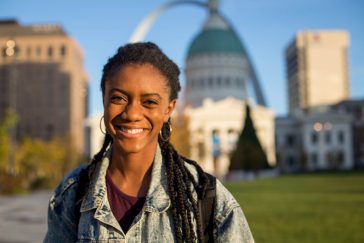 3) Stop thinking about your ex

Look, we’ve all been there and it’s nothing to be ashamed of. My friends would likely note that I spent the majority of 2017 shuffling through a very melodramatic and well-documented five stages of grief journey after a tough breakup. I had to walk away from a bad situation, but I did so kicking and screaming.

We have to leave people for our better good, even when we’re still in love with them. Sometimes your boyfriend/man of your dreams calls you from the airport because he’s fallen in love with a traveling denim salesman and they’re off to Bali to elope. Maybe you’re deathly allergic to dogs and your significant other refused to get rid of her furry friend, even if it meant you were subjected to sleeping on the porch. Other times, things just didn’t work out.

Whatever the reason and whoever the person, you deserve to enter 2018 with a clear head and your heart free of any old connections. Allow yourself to smile and cherish the good memories, but with the understanding that you have a bright future with even better memories on the way. Get rid of that hoodie. Donate the furniture he left at your house. Give away the jewelry that she bought for you. Sit by the beautiful lake at Art Hill, think about all of the growth you’ve experienced because of your breakup and then move on, for once and for all. You deserve it.

4) Put your money where your mouth is

One of my favorite quotations comes from Kendrick Lamar’s song “Money Trees.” In the 2012 anthem, K-Dot says, “A dollar might just make that lane switch.” Money has the power to make artists change their preferred genre, to turn a religious man into a materialistic one, even to make a man give shade to Kendrick and his crew.

Now, I’m not suggesting that every queer person in St. Louis start a bake sale to bring their bank balance to K-Dot levels (though if you do go there, I call dibs on the first batch of cookies). Instead, we need to understand our spending power and make sure that we’re supporting brands that support us. LGBTQ Americans have a combined disposable income buying power of $917 billion, according to Bloomberg. Imagine if we used that leverage to make it clear that homophobia, racism and other forms of bigotry won’t be tolerated. We could celebrate the brands that have shown us support and also make other brands change their tune. In other words, LGBTQ dollars might just make companies switch lanes.

So in 2018, let’s put our money where our mouth is. If a local restaurant or bakery goes out of its way to show love to the LGBTQ community, let’s spread the word and rally behind them. Let’s make sure the threads we’re rocking come from a shop that welcomes people of all sexuality and gender identities. Whether it’s a local brand or an international one, let’s show companies that we’re only going to show loyal support if they’re LGBTQ friendly.

You know who I’m talking about. That cutie at the coffee shop who held your gaze for a split second longer than a platonic barista would. The new neighbor whom you always bump into while walking your dog (as you reluctantly admit to yourself that you only got a dog because he has a dog). Maybe it’s that person you followed on Twitter a year ago but only communicate with via the occasional retweet and heart-eye emoji. Whoever it is, tell yourself that 2018 will be the year you go after everything, and everyone, you want. Meet for coffee, twirl around the Steinberg Skating Rink together or cuddle up at the Moolah Theatre and Lounge. Put yourself out there and see where things go. You’ll either end up with your future soulmate, or you’ll have a hilarious story about a date from hell. Either way, you win.

Just promise me that if you find your future life partner, you’ll let me give a toast at the wedding. 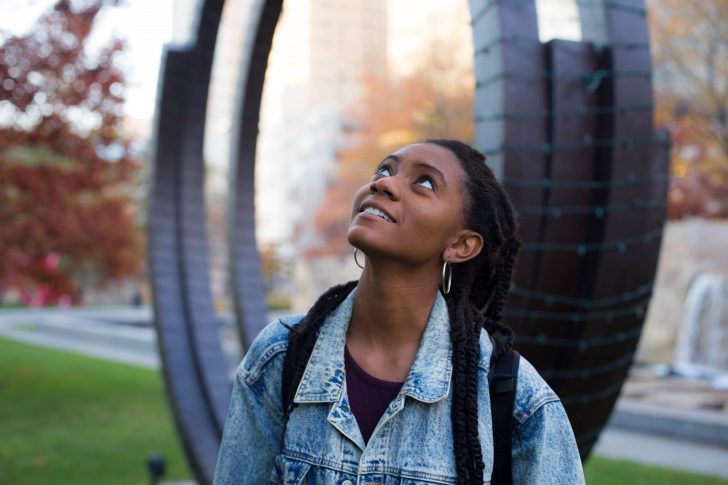 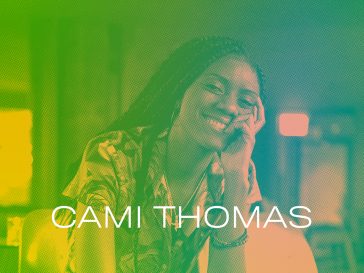 Justin Allen knew from a young age that the line between genders was blurry. Though plagued by social anxiety, he...