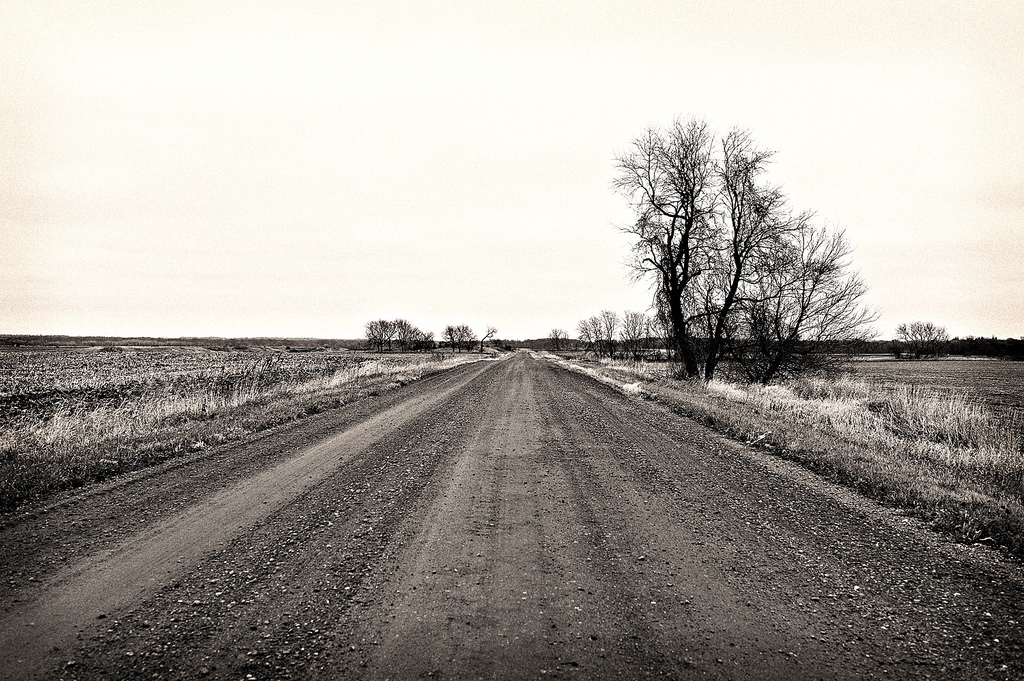 It’s a Saturday in a small town in Missouri. There’s a beauty pageant underway, and a young teen — we’ll call her Tya — is nervous. She keeps to herself all day long. She thinks she doesn’t fit in with the other girls. She stays at the edge of room, looking in.

She has never been to a pageant before and never performed in front of so many people. Tya prays her voice finds the words when it’s her time to sing.

The moment finally comes. She takes the stage. The shyness disappears, and her voice is strong.

“She was amazing,” says Erin O’Flaherty, Miss Missouri 2016 and the first openly gay contestant to compete in the national Miss America pageant.

O’Flaherty was there that Saturday night as a special guest. She heard Tya sing and then after the pageant spotted her walking along the road out of town. They chatted. The girl said she was headed to a friend’s house. And immediately O’Flaherty could sense the young girl needed help.

“You have to put yourself in someone’s shoes,” says O’Flaherty. “I remember what it was like to be that age and be navigating my sexuality. I grew up in a very small town. I didn’t come out until I was at least eighteen. The process was long. Because I didn’t have anybody around me that I perceived to be like me.”

O’Flaherty’s participation in Miss America last September was an LGBTQ milestone that garnered national attention. What drew less coverage was her charity platform — and her reasons for choosing it. 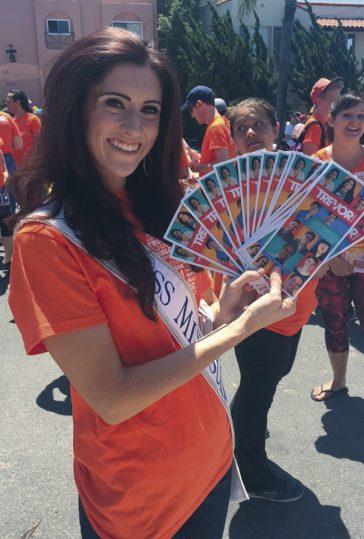 O’Flaherty championed suicide prevention, with a special focus on the Trevor Project. It’s a national nonprofit that helps young LGBTQ people through moments of crisis. The risk of self-harm in that demographic is disproportionately high. A study last year by the Centers for Disease Control showed that the rate of suicide attempts among lesbian, gay and bisexual youth is four times higher than that of straight youth. For questioning youth, it’s twice as high.

The former Miss Missouri had some experiences of her own with youth suicide. When she was a teen growing up in Florence, South Carolina, her close friend (who happened to be straight) took his own life at age thirteen.

“I was so sad how his cries for help went unheard until it was too late,” she says.

These days, help is more available, even for LGBTQ kids, but they don’t always know it’s there. Acting as Miss Missouri, O’Flaherty visited various gay-straight alliance clubs at rural schools and discovered an awareness gap.

Outreach is key, according to Dr. Katie Plax, a professor of pediatrics at Washington University School of Medicine. Granted, urban kids need help too; that’s why Plax founded the Spot, an outreach and drop-in center in St. Louis that welcomes them.

“Life in a rural community can be really protective in its own way,” Plax says, “unless you feel stigmatized, then it’s really awful. Everyone knows your business.”

Dr. Plax agrees that the Trevor Project is an excellent resource for young people. She is especially impressed by the organization’s two-way texting service, which allows young people to have a text conversation with a trained counselor.

“They’re able to examine texts and figure out who needs to be triaged. They’ve mapped it out to know who is most at risk,” explains Plax. If you’re trying to reach young people, there’s probably no better way than through their phones.

“Texting’s huge,” says Plax. “Text messaging is important for all populations of young people, but especially for youth who feel they’re on the margins. Because sometimes it’s easier to text things that are deeply felt than it is to say them face to face.”

Dr. Plax stops for a moment, as if she’s searching for the perfect words. Then she finds them. 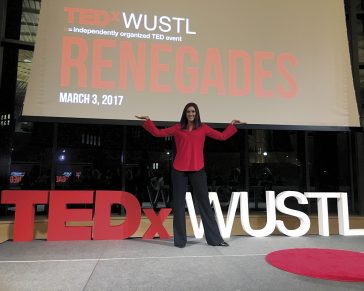 She adds, “Stigma and shame and racism and homophobia — these are all real things that really impact young people’s lives.”

“These Adverse Childhood Experiences are really bad for us,” Plax says. “And we’ve underestimated their true impact on our health. Because we think, ‘Oh, that’s not really our biology, that’s “social” — biology is over here and social is over there.’ The neck, amazingly, connects our brains and our bodies.”

Seen in this context, youth suicide becomes a critical issue of minimizing the total volume of stress felt by young people, especially young people who are facing a number of ACEs. But it also calls for LGBTQ adults to be available for young people. Finding trustworthy adults is important — people who understand what young LGBTQ people face and can serve as a social balance to the rejection and homophobia they encounter. That’s why gay-straight alliances and places like the Spot save lives: They offer a place where you can be yourself.

Flying the rainbow flag helps, Plax says. “The flag really matters. When kids see that flag they know the people there know something. It conveys messages that are important in profound, wordless ways.”

Erin O’Flaherty once raised a flag in her own way. Today, she lives a more low-profile life, co-managing a women’s clothing boutique in Chesterfield called Rachel’s Grove. But in 2016, when the eyes of the pageant world were on her, she chose a platform that wasn’t going to be universally embraced. That was brave of her. She was out there — she was visible — and she was helping kids make social connections with welcoming people in life-giving places.

“I hope I made a difference. I hope people heard that message.”

Tya did. In the year since she met O’Flaherty, life has not been especially easy. But she has her voice. And, thanks to a friendship with a trusted adult, she knows she is heard.

Seán Collins was a founding member of the Washington, D.C., chapter of the National Lesbian and Gay Journalists Association and the former managing senior producer of NPR’s “All Things Considered.” He lives in the Grove.

It’s hard to believe chef Rob Connoley when he says he doesn’t like beets. Consider his “Rolled Roasted Roots” dish....