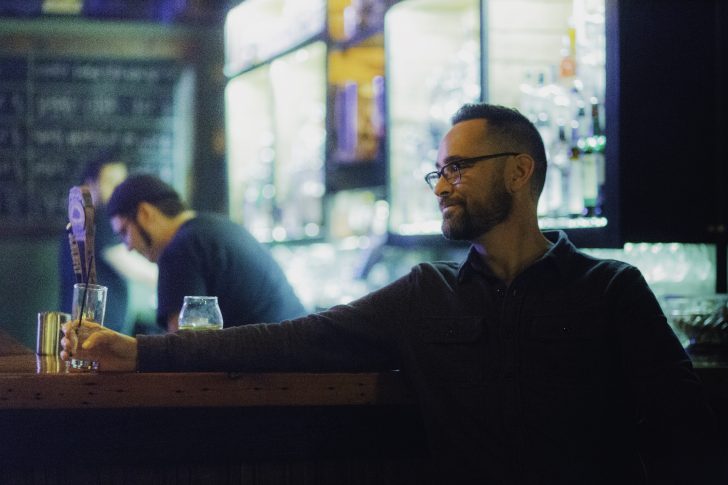 Twenty years ago, I was living in Oklahoma City and decided to spread my wings and move to a larger metropolitan area. I wanted to be within a comfortable day’s drive of my family in Tulsa, and I had a few options, none of them ideal.

There was no adventure in moving to Dallas. It was full of insufferable Oklahomans who acted like their 200-mile move was akin to conquering Paris. Kansas City seemed pleasant, but was also too similar to my hometown. And Denver, the capital of the state that had recently passed the homophobic Amendment 2, didn’t sound like a welcoming place.

But there was a mysterious dark horse 500 miles to the northeast, the last eastern metropolis: St. Louis. And nobody had anything good to say about it.

“Oh, it’s awful,” began a friend who had traveled to the city on business.  “The best way I can describe it is it’s like Gotham City. It’s really old and crumbling, with soot-stained buildings, crowded rowhouses, smokestacks…”

Everything I heard only piqued my interest. This was the adventure I was looking for — and without knowing a soul in this city, I made it my home. I’ve since wandered around, living from San Francisco to New York, but this place has remained my muse, inspiring my book and pulling me back time and again.

Some cities have no memories. Some are just nice, sedate places without roots, while others have transient populations and ephemeral cultures. In such cities, clean slates are easy to come by. St. Louis is not among them. Ours is an opera of larger-than-life characters with long histories of collaboration and conflict. Ours is a haunted city that writhes, a passionate city that burns. Ours is a saga to keep a writer like myself busy for a lifetime.

Now, two decades on — after first being discovered by venerable journalist Colin Murphy, then ten years working under the direction of Darin Slyman (the Miranda Priestly of St. Louis) — I’m deeply honored to be chosen to take the helm of this audacious magazine.

The industry consensus is that LGBTQ media is dead. Out in STL, however, is making a bold bet: that if we deliver a high-quality product that reflects and connects us, LGBTQ media can thrive.

I’m betting my reputation on it.

Chris Andoe, a.k.a. “The Emperor of St. Louis,” is the editor in chief of Out in STL and the author of the book Delusions of Grandeur (Cahokia Press, 2015). You can contact him at [email protected]

Today is World AIDS Day, and it’s worth taking a moment to take stock. First celebrated in 1988, it's a...