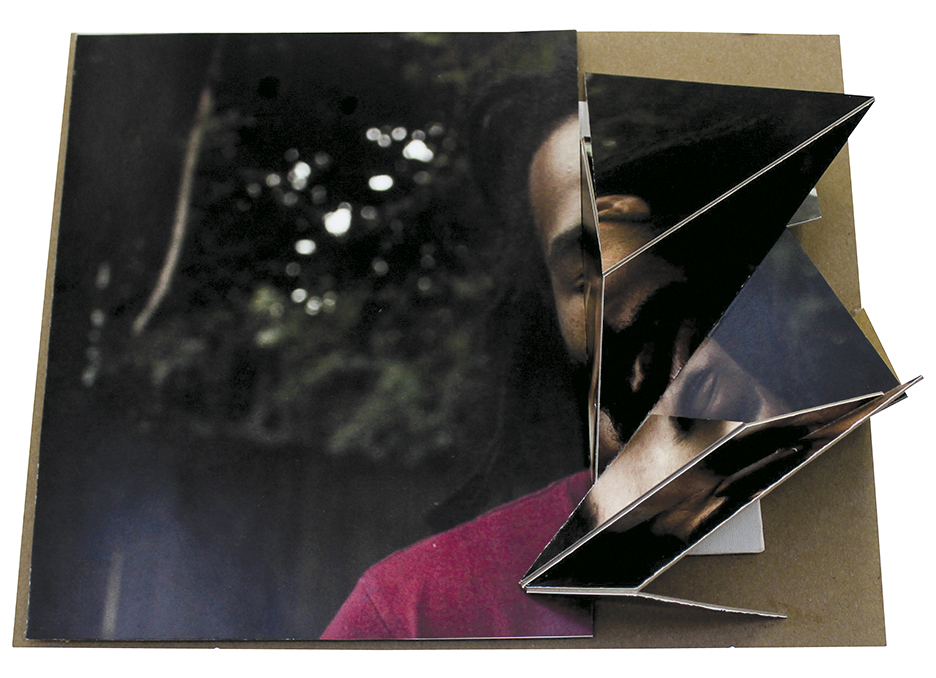 The work of local photographer Jen Everett. (Photo courtesy of the artist)

Up until this summer, Jen Everett had an ordinary routine. She would wake at 7:30 a.m., go to work as a project engineer for a construction firm and then come home around 5:30 p.m. to her partner and their thirteen-year-old son in south city.  In her bits of spare time, though, she took photographs. And she was good at it. Everett was invited to exhibit her work at galleries and exhibitions all over town.

Now she’s taking the plunge: Everett, 36, is leaving her construction career behind to enroll in a master’s program at the Sam Fox School of Design and Visual Arts at Washington University in St. Louis.

Sometimes it takes fresh eyes to truly see our city. A native of the Detroit suburbs who graduated from Tuskegee University, she moved here for work in 2004. At this point, she has been a local for fourteen years, so we consider her a fully naturalized St. Louisan — and one of our rising stars.

OISTL: Your ongoing series “Sons of Rest” documents the black queer community of St. Louis. What inspired you to start the project?

Jen Everett: Well, it actually grew out of an assignment for the Vital Voice to document the Pride festival. I noticed that the black folks would congregate in this one little shelter, and they would have music and just kick it. So I just started gravitating towards it and making photos.

The only time you really see a big group of gay people kicking it and not being concerned about anything or anyone is in a club. And I mean, clubs are fine, but there should be other places where people can go and be out and not be afraid.

Even when I was done with the assignment, I continued to document that community, but then they moved the Pride festival from Tower Grove Park to downtown, and it completely changed the dynamic. In a park, people have the tendency to linger and just be more carefree, and downtown I just don’t find that the festival itself has the same character. I’m happy I had the chance to document that because I don’t really see that happening anymore. 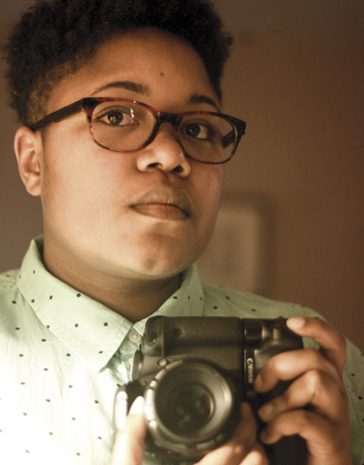 In observing and being a part of these three groups — black, queer and a St. Louis resident — what have you noticed about the ways they interact with each other?

I’m a black woman, and that’s something you can tell when you look at me. And I think the queerness is … it’s kind of a dance you have to do. In certain settings you can be very open, and in others people might not be comfortable with how you present and how you navigate. That can be difficult, especially when it’s black people. So I’ve dealt with that.

Just moving throughout the world, people kind of give you a certain look. Y’know, I’m out with my partner, and people will look at me funny. I’m not going to sugarcoat it: It can be very alienating. I think when you’re a more feminine-presenting woman, people don’t necessarily associate you with being queer. But when my partner is with me, I get a dirty look from a guy, or some guy is trying to talk to her, and then they look at me and are mad at me. [laughs]

I’m making light of it, but sometimes those situations can get a little bit scary and make you feel unsafe. But on the flipside of that, although St. Louis can be somewhat conservative, I’m fortunate to live in an area where we don’t worry about those things. We live in south city, and I don’t feel pressured to be closeted or delicate or hyper-aware of how I’m moving. I feel pretty cool to just move how I want to move, look how I want to look.

Going to different places within the state, you just always have to be aware. I think that’s something black folks are used to — just being aware of where you are and who’s around. It’s sad, but that’s just the way I’ve always had to be.

“Inimitable blackness,” a series of portrait-based collages, is a response to the nuances of black identity in America. What spurred this project, and what was the influence behind the unique structural components?

It was a direct result of me being bored, in a way, with just making photo-based work. I
really loved that I could go through the process of photographing someone and making an image, but also that I could reconfigure the image, sculpt the image, and now that’s changed the meaning. I found that people took so much more time with the object or with the three-dimensional component than they would with just the image.

I think I was interested in this idea of complexity, this idea that blackness is multi-dimensional. 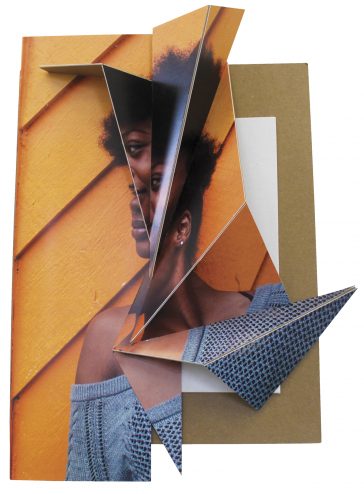 More work by Jen Everett. (Photo courtesy of the artist)

Okay, so going back to the concept of multi-dimensionality. How do your different identities influence your own artwork?

I’m the kind of person who observes a lot. I’m pretty quiet. I think being positioned in that way — being a woman, being queer, being black — it’s a strange space to be in because, in a way, you are hyper-visible, but at the same time you can be invisible. Both have their drawbacks, but they also have their advantages. If you are invisible, you get away with a lot of shit, and people don’t really take notice if you’re doing certain things.

You’ve had a busy year, exhibiting at Projects + Gallery, the Regional Arts Commission and UrbArts, among others. Was there an over-arching theme?

The work that I presented for all of them is part of this ongoing conversation I’m having with archives and archival images. All of these images are either mine from my own family history and family archives or from institutional archives.

The series is called Redoubled, and many of the images are repeating, so they’re redoubled in quantity from different vantage points, manipulated, and then redoubled in size so that they’re blown up from very small three-by-five or four-by-six images to, like, sixteen inches by twenty inches.

I’m just thinking about how black folks have imaged themselves across time and space and then this idea of images having a lack of context, but when you put them together somehow they can be in conversation. So there’s a rhythm throughout all these three shows.

What advice would you give to someone who is interested in an art career but doesn’t see it as being attainable?

I would say keep working. I haven’t attained anything yet. [laughs] I mean, I’m working, and I’m constantly trying to push myself. But if you are an artist, I don’t think making art is something you can ever not do.

Some advice that someone gave to me that I always keep in mind is: Find a community of artists, make the work you want to make and define what success means to you. If you stay on that track, then you’ll always be okay.

It sounds corny, but just be relentless.

Dera Luce is a writer and social media coordinator. You can follow her on Twitter at @deraluce.

If a man were on trial for murder and adopted the “gay-panic defense,” it would sound something like this: I’m...