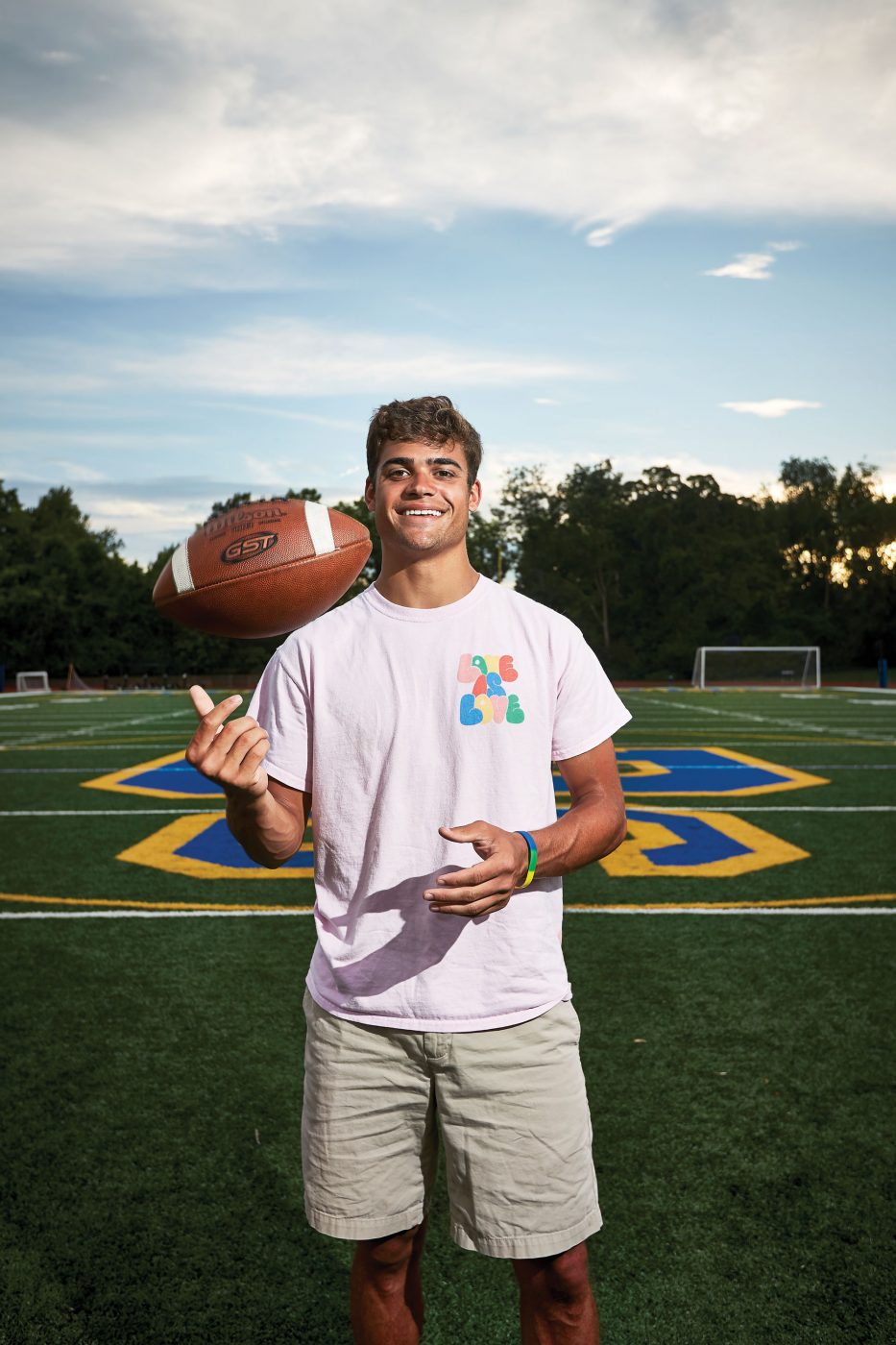 After Jon, an eighth-grade student at a St. Louis area private Catholic school, heard about how a star football player at John Burroughs School had come out and managed to remain calm despite being put on blast by the infamously hateful Westboro Baptist Church, he decided to reach out to the player.

His Instagram conversation with Jake Bain, a senior running back and former Class 3 offensive player of the year, is “one of the reasons I came out of my depression,” says Jon.

The fourteen-year-old had come out as gay to some friends and family and experienced bullying in school. He told Bain that he was scared to reveal his identity to more people. He asked Bain what he thought he should do.

Bain, who’d announced publicly in October that he is gay, told him that other students from Jon’s school had reached out to him as well: “I think if you feel comfortable enough to not worry about what others might say, then you should just be you and be open with your school.”

“He’s been really nice along the way,” Jon says.

While Bain has served as a role model for other LGBTQ students like Jon, the response he received upon coming out may be different than what they face.

The football team captain in both his junior and senior years as well as a basketball and baseball standout, Bain has enjoyed a uniquely affirming environment at the school in Ladue.

“When I came out, my school and everyone was very supportive and very loving of me, which is really nice,” says Bain, whose mom is white and dad is black. “I’m lucky, and I’m fortunate to be able to go to a school like Burroughs, where people are accepting of me.”

Bain’s family has a long history at the private school, one of the area’s most elite. His grandfather Jim Lemen spent 34 years as the school’s football coach and won eight state championships. Bain, who captured the state title his sophomore year, grew up around the team and attended day camp there.

He and others recall a phrase that Head of School Andy Abbott frequently says to students and parents: “I want you to bring yourself and all of your things with you. I don’t want you to leave any part of you at the door.”

“They grow up in such a utopian situation that you just kind of hope that Jake can take some of that with him and spread it around a little more,” says his grandmother Carole Lemen.

Outside of school, Bain has not only faced protests from Westboro Baptist Church, which uses the slogan “God hates fags,” but also had slurs tossed at him on athletic fields and social media.

“I get messages pretty much every day from people who are just trying to tear me down for who I am, but I have such a great support system around me — and there is so much more overwhelming support than there are people trying to hate on me,” says Bain.

The local chapter of the NAACP has taken note of Bain’s resilience and honored him with its Jackie Robinson Award for Sports Activism in June. At a kickoff event on the roof of the Four Seasons Hotel downtown in May, Bain projects a quiet confidence, happy to sit down for an interview, but careful not to take attention away from other honorees.

The organization decided to honor Bain because its members could not “fathom how an outside hate group can come to where you go to school and how you can still be able to be who you are and go and give it your all” on the field, says John Gaskin III, a member of the NAACP national board of directors. “That to me is the kind of courage that Jackie Robinson had to integrate Major League Baseball.”

A 2017 study from the Harvard T.H. Chan School of Public Health, the Robert Wood Johnson Foundation and NPR found that LGBTQ people of color were twice as likely as their white counterparts to say they have been discriminated against because of their gender identity or sexual orientation in applying for jobs or interacting with people.

In the fall, Bain will start playing football at Indiana State University, an NCAA Division I school in Terre Haute.

When you think about being gay in Indiana, a person who might come to mind is former governor Mike Pence. His presidential running mate reportedly joked that people shouldn’t ask Pence about gay rights because “he wants to hang them all.”

A Burroughs graduate who now coaches at Indiana State first made the connection between Bain and Head Coach Curt Mallory. Bain says he had “long conversations” with his family about attending school in Indiana, but knew “the school itself would be a good fit.” Mallory also assured him that the football team would be as “open and accepting” a team “as I have ever had,” Bain recalls.

“The town, from what I have heard, is a pretty progressive town and a welcoming environment for everyone,” he adds. “Obviously there are going to be some people there who aren’t very accepting, and I’ll have to deal with that when it comes.”

And maybe, as his grandmother puts it, Bain will be able to take some of Burroughs’ utopia with him. Bain mentions that Indiana State has a strong education program and that he wants to be a teacher. But he also admits that he would like to make it to the NFL.

As for the legendary Jim Lemen, the former coach credits Bain’s success to his speed, work ethic and sportsmanship.

But he also knows enough about high school sports to acknowledge a certain X factor. Bain, he says, has benefited from “luck, in who his teammates are, in who his coaches are and in the kinds of people he has been able to associate with.” 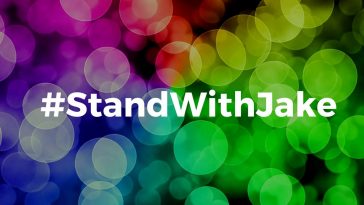