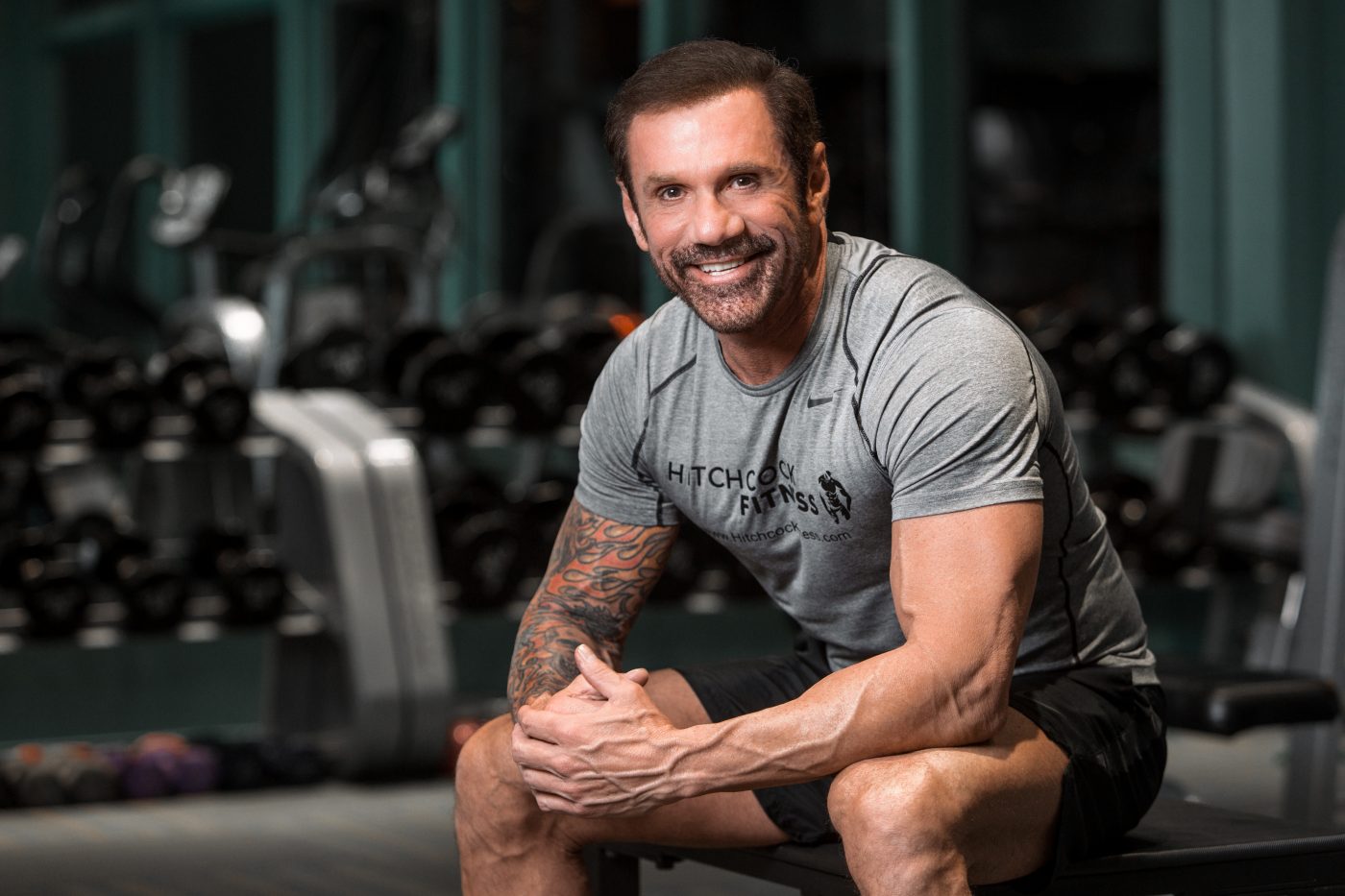 If you’ve been out on the prowl recently — whether that entails seeking Mr. Right, seeking Mr. Right Now, carousing in after-dark homo hot spots or exploring the internet’s ever-booming global gay boomtown — there’s something about gay men you can’t help but notice:

As a group, we are aging.

Unlike other groups, however, we’re doing it with a lot of pizazz — so much pizazz that if you didn’t know any better, you’d swear gay culture had traded in its obsession with youth for an older, gentler, kinder and often kinkier sort of icon: The daddy. 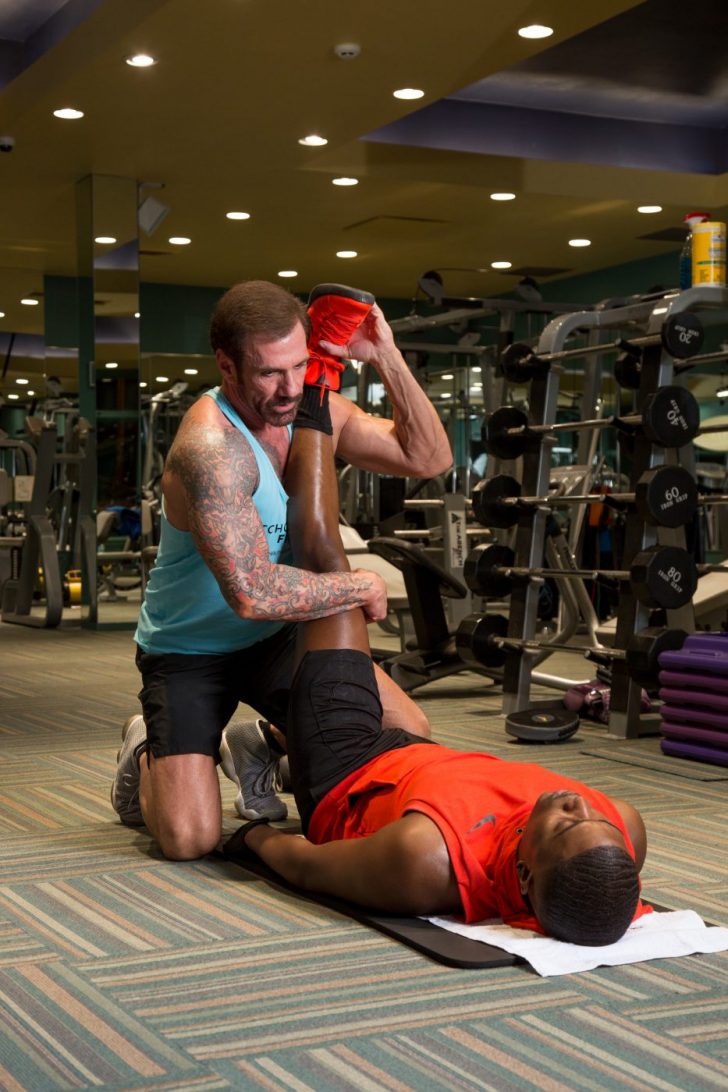 Philip Hitchcock, a St. Louis-based personal trainer, thinks the daddy craze is the result of many factors. Among them: Baby boomers, who are known for normalizing everything they touch, have reached daddy age. At the same time, pharmaceutical breakthroughs have dramatically extended the life expectancy of those with HIV, carving out a new demographic — older gay males — that barely existed in the wake of the AIDS epidemic.

But his area of expertise, at least professionally, is keeping the male body in top form as it ages. And he’s got the credentials. Hitchcock, a former Mr. Midwest Leather, is not merely in great shape for a guy who’s turning 50 this summer. He’s in great shape, period. With a full head of hair, sparkling eyes and an easy smile, Hitchcock brings the ideal body to life: broad shoulders, a narrow waist, killer abs and arms fortified with muscles (and adorned with lots of ink).

As a certified professional trainer at Muscle Up Gym in Clayton, he helps a diverse group of clients work toward their physical ideals. His sweet spot, however, is squarely in daddy territory: fitness after 40.

And for potential daddies, the old rules of fitness no longer apply. “Younger men can stay in good shape in spite of themselves,” he says. “They can do exercises incorrectly, eat like crap and still look amazing. That’s called youth.”

Unfortunately, Hitchcock says, that grace period ends at age 35. “The hangovers get worse, the weight lingers a little longer. That’s when you begin to see the rules of fitness change a bit.”

Trainer Philip Hitchcock says he’s only a reminder; the best motivation comes from within. (Photo by Matt Seidel)

Hitchcock, who has been fanatical about working out since his late teens, says he has plenty of tools in his toolbox to help clients attain and maintain a good physique in the post-grace-period. His first step, however, is making sure he’s the right trainer. “If clients come to me looking for a quick kill, if they just want to get back into an outfit for a class reunion, I’m not interested,” he says. “What I’m interested in is a daily effort over the long haul.”

The definition of “long haul” changes with age. “Young men in their 20s and 30s aren’t as aware of mortality,” he says. “As I’ve gotten older, it’s become clear to me that there’s a finite time limit. The idea of living to the fullest and sucking the marrow out of life resonates with me.”

Accordingly, Hitchcock strongly encourages those he works with to make a commitment and stick to it: Two 50-minute workouts per week for twelve weeks.

The paces Hitchcock puts his clients through for the first twelve weeks aren’t impossible, but they are strenuous. “I have found that as you age, you often have to do more to stay the same,” he says. “Or you have to periodize the training, which means changing it up or maybe adding things like cardio along with eliminating certain foods.”

Hitchcock is quick to add that, while he’s a firm trainer who urges clients to work hard through excuses, he’s not a body fascist. “This is about getting into healthful ranges, increasing strength and flexibility, improving posture and confidence, reducing blood pressure and cholesterol and increasing bone density,” he says, “and guess what? You’re going to feel and look better.”

Improvements often start to show sooner than expected. In just a few weeks, flexibility improves. After twelve, you’ll see something different in the mirror.

“People find it easier to carry the groceries. When guys notice their shirt getting tighter and a woman drops dress sizes, that improves confidence and motivation.”

Trainer Philip Hitchcock pushing his client on the ropes. (Photo by Matt Seidel)

Motivation, for Hitchcock, is crucial — and must come from the client. What he provides is accountability. Thus he toggles between different roles, from drill sergeant and cheerleader to psychologist and counselor, and, in some ways, a parent … maybe even a daddy?

Hitchcock, whose boyfriend is 27 and who is not only a real-life daddy but a granddaddy as well, laughs at the question — but gives a thoughtful response.

“It seems to me that when people embark on something this transformative, whether their goal is to lose 50 pounds of fat, gain ten pounds of muscle or start exercising, they are often in a transitional period,” he says. “So you have an opportunity. When the student is ready, the teacher appears.”

A former cigarette smoker who also has nearly 30 years of sobriety, Hitchcock knows firsthand what transformation means — and what it doesn’t.

“I used to think it would fix me if I looked a certain way,” he says. “Once I got there and discovered a beautiful body didn’t make me wake up with joy, or get the relationships I wanted, since then, I’ve learned that it’s the love and joy you create in other people’s lives that ultimately makes people happy.”

Patrick Collins is a writer who recently returned to St. Louis after living for many years in Portland, Oregon. You can reach him at [email protected]