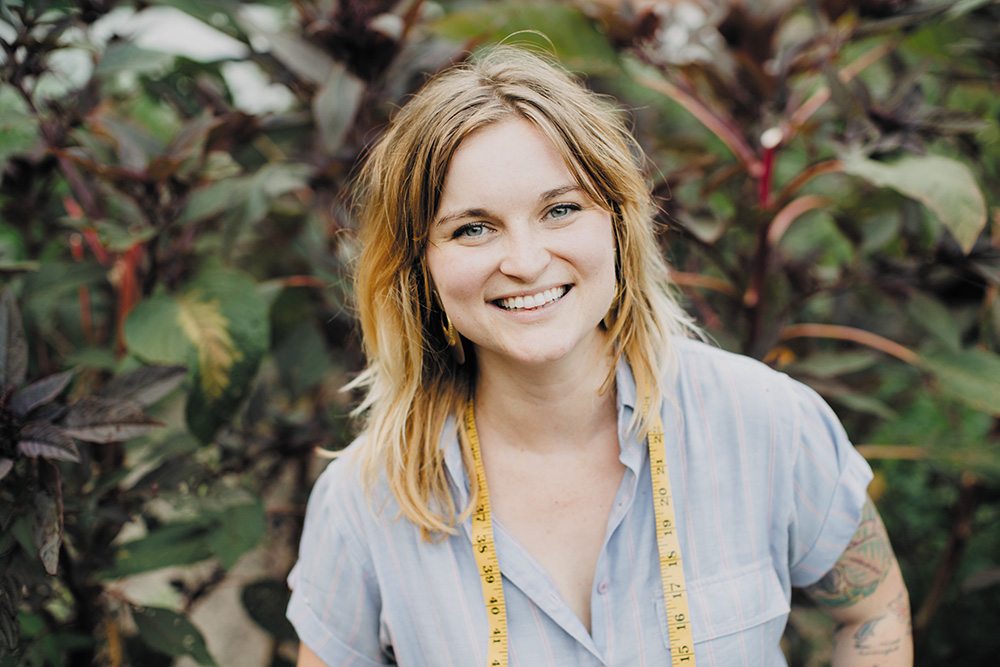 It’s hard to get a suit to fit just so. But if the person wearing the suit happens to have been born in a body that includes broad hips, narrow shoulders or breasts, then the question of tailoring brings a whole new set of problems. Can the tailor handle the customer’s request without overt bigotry — or even a subtle side-eye?

The answer is yes, if the tailor is Aurora Schmidt, a radical queer south-city lady who’s made it her mission to serve St. Louis from behind her sewing machine. She’s a highly trained seamstress who left behind the world of pricey alterations for bridezillas in favor of her own beloved community. 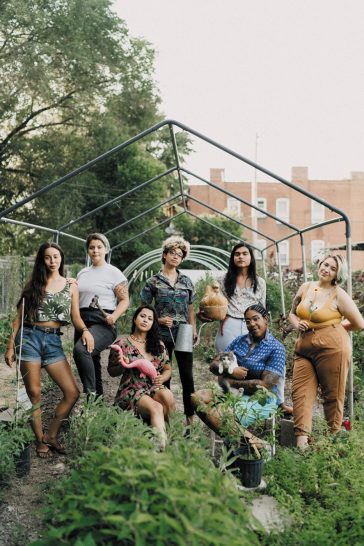 Even as a cisgender and “super-femme” presenting woman, Schmidt, 29, says she’s encountered discomfort at fittings. Her unshorn legs and armpits can lead to disdain, she says, though it pales in comparison to what can happen to transgender and nonbinary people, or people of color. So she decided to be the option she wanted: Block Garment Alterations and Design.

“Just being nice isn’t enough,” Schmidt says. “It is fucking political! If you’re not standing up and saying something and supporting people, you’re harming them.” 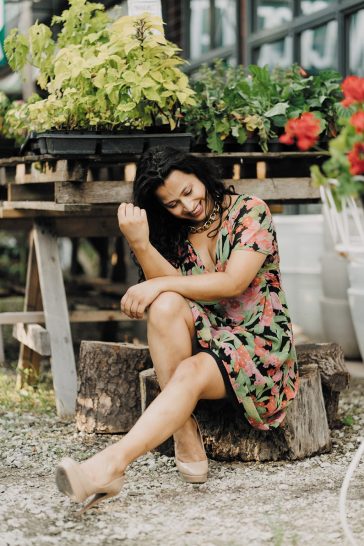 In addition to spelling out very clearly on her website and social media channels that she is queer-friendly, Schmidt charges on a social-justice-motivated sliding scale, with prices that favor trans and femme folks and people of color.

Schmidt had sewed for years out of her apartment, getting business through word of mouth, but she’s recently moved into a space in Cherokee Street’s House of Eight Legs (2714 Cherokee Street). Business is booming — Schmidt met with OISTL on a beautiful evening at Whiskey Ring’s patio the day after she had seven fittings.

For her, it’s as much outreach as it is a business. 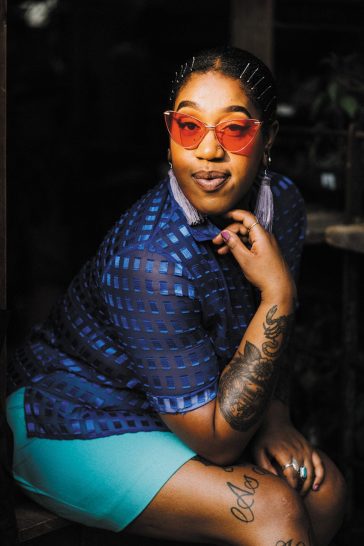 “I like sewing, but I like meeting other queer people, being part of something that lets people feel like themselves,” she says. “It’s hard to find a tailor who will treat you like a human being. There’s so much hostility toward queer people.”

One of her customers, 26-year-old Jes Stevens, could have gone the traditional tailoring route if he wanted.

“I’m, for lack of a better term, someone who passes very well,” says Stevens, who has been taking clothes to Schmidt since July. Even before transitioning, feminine clothing never held any appeal. “I probably would have no issues going to a tailor — hemming pants isn’t very expensive and doesn’t need to get into areas of concern for a trans-identified individual.”

Stevens had been asking his grandma for hemming help, or just dealing with too-long pants. But, he says, he decided to upgrade after getting a professional job, and it was important to be able to support someone actively affirming to queer clientele. 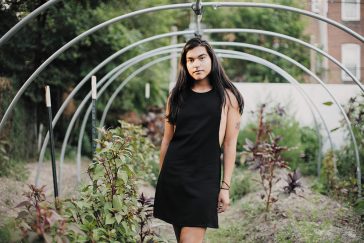 “When I started transitioning, clothes were really a way to express my own individual style that I never really had prior to that,” Stevens says. “Feeling at home not only in my body, but in the clothes I put on top of my body, really affirms that.”

Jack Mazzoccoli, 23, found his way to Schmidt through Instagram.

“She was focusing on trans and non-binary bodies and how they are different,” Mazzoccoli says.  “They make ‘big and tall’ but they don’t really make ‘short and stout.’” He hired Schmidt to alter a formal outfit for him, and now it fits perfectly.

“She’s part of the community in her own way. That takes all the fear off the table — I know I’m not going to be judged,” says Mazzoccoli. “I’m in a trans-masculine group and I let the guys know, ‘This person is specializing in our bodies.’”

Alyson Thompson, 27, got a great vintage ‘90s shirt from her sister for Christmas. It was cool, but the fit was awkward. Schmidt altered the piece into one that makes Thompson feel fully confident, with shortened sleeves and a gusset added to the waist.

Thompson, who identifies as black and mixed race, queer and a cisgender woman, finds Schmidt’s commitment to serving her community — both at the sewing machine and the cash register — crucial.

“You’re not just bringing and item of clothing, you’re bringing your body,” says Thompson. “They’re interacting with your body. I want to know that person loves that body.”