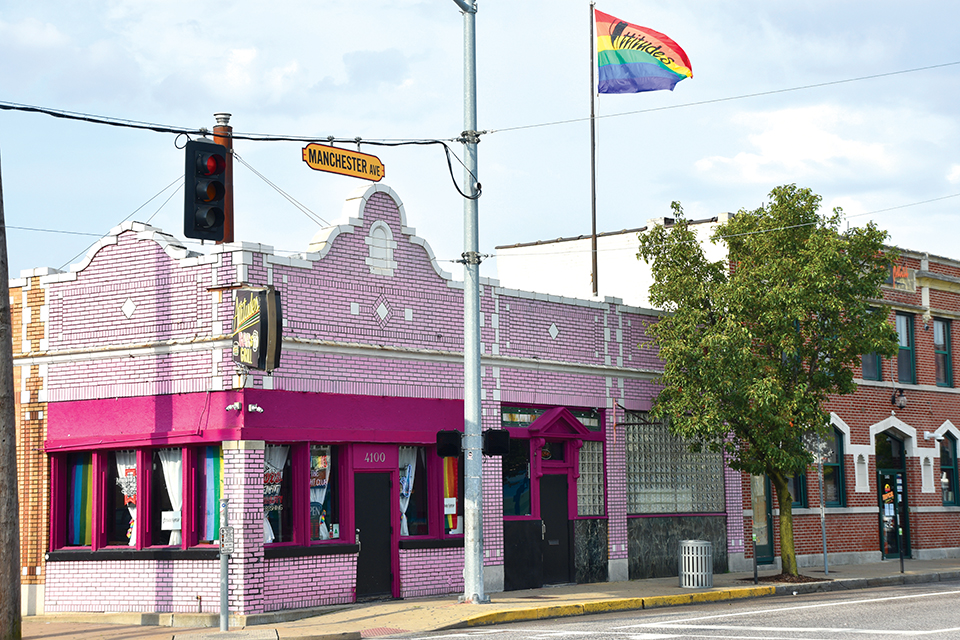 A year into a pandemic that’s vastly reconfigured LGBTQIA culture is a good time to reflect on the radical legacy of the gay bar and what’s next for queer spaces — in St. Louis and around the world. Google “gay bars near me” in St. Louis, and the pickings are slim and getting slimmer. (See sidebar: St. Louis COVID Closures.)

The community has been pondering the future of our spaces for decades — they’re threatened both by technology and assimilation, and the present day brings new obstacles.

While apps like Grindr and Her have changed the makeup of queer spaces, they can’t entirely replace the magic of dark rooms and dance floors — it’s hard to imagine Marsha P. Johnson throwing that movement-igniting brick through a smartphone screen. Despite the ease of it, it’s an ironic retreat back into the closet when queer people initiate rendezvous from behind a screen rather than on a dance floor. And queer spaces are completely depoliticized when a once dynamic culture is controlled by a private tech company and confined to the surface of a smartphone.

Those of us old enough to remember the early 2000s saw “The Will and Grace Effect” take hold. Remember how quickly our bars started to change? At first it seemed amazing that our straight friends came into our spaces and saw our culture as worthy rather than being repulsed by it. But, seemingly overnight, busloads of bachelorette parties on their worst behavior unloaded into our spaces at a time when we couldn’t even legally get married. With them came touristy gawking, aggressive homophobic straight men, bar fights and Katy Perry’s lesbian-groan inducing “I Kissed a Girl.” Our bars didn’t feel like they could turn away the money The Straights™ brought in, and our spaces were no longer physically safe for us.

Our bars didn’t feel like they could turn away the money The Straights™ brought in, and our spaces were no longer physically safe for us.

Some might argue that since same-sex marriage became the law of the land in 2015, we no longer need bars specifically catering toward queer clientele. But this line of thinking fails much of the expansive queer community. The reality is that while a young, white, cisgender, able-bodied gay man may have the privilege to grab a drink anywhere he pleases, there are a number of more marginalized queer folks for whom explicitly queer spaces still provide a crucial safe space and support network.

Meanwhile, younger generations have no idea what it’s like to be in an entirely queer space. The magic of looking around and knowing every single person there is like you in some way. The ability to let your guard down and make lifelong friends and be in a safe space for exploration. The lack of a shared physical space has a tangible — and ugly — effect.

And now, two new obstacles affecting the entire country have a magnified impact on the LGBTQIA community — the more marginalized, the worse they have it. The COVID-19 pandemic is closing down the mom-and-mom, pop-and pop establishments at a staggering rate, and younger generations are living with crushing poverty and disenfranchisement.

The COVID-19 pandemic is closing down the mom-and-mom, pop-and pop establishments at a staggering rate.

It’s impossible to know exactly how many queer spaces have shut down during the pandemic, but according to an April 14, 2020 article in The Conversation by Greggor Mattson, a sociology professor at Oberlin College, they’ve been in trouble since 2002, and as many as 37 percent of U.S. gay bars had already shuttered between 2007 and 2019.

And not all queer spaces have faced equal risks of closure. Bars centering women and people of color, along with those that cater to leather and BDSM culture faced closure rates of more than 50 percent. At the same time, Mattson found, bars serving working-class and poor queer folks are far more likely to be pushed out of their neighborhoods or forced to close entirely by gentrification than bars that serve middle- and upper-class white gay men. It is undeniable that the bars that have been closing fastest have been the ones owned, operated and geared towards the most marginalized in our community.

What does it mean to be a gay bar in the age of sexual and gender fluidity? With a wider variety of people identifying with “queer” identities, who rightfully owns a space once simply called “gay”? In an era where poverty levels amongst our most marginalized are at the highest they’ve ever been and gentrification is out of control, what’s the future for our queer spaces?
We must fight for the survival of the radical potential of queer space.

So, a critical question for surviving gay bars: Do you actually center LGBTQIA people? How so? Do you give us jobs in your establishment? Do you protect us — particularly women, trans and POC customers — from predators? Perhaps thinking of the gay bar as a utopia is a dangerous act of historical romanticization — no space has ever been entirely immune to the structurally rooted social inequities of our world.

Nevertheless, one thing is certain: Queer spaces can be considered in direct contrast to the heavily controlled microcosm of the neoliberal city. We must fight for the survival of the radical potential of queer space, whichever form this takes. If its next iteration is the smooth surface of the screen, we cannot let this belittle what once made the gay bar so special.

Is every bar worth saving just because it’s LGBTQIA? I’d say no. You can’t just put a rainbow Bud Light sign in your window and call it a gay bar anymore. At the end of the day, we CAN meet on the apps and throw small queer gatherings on our own. When you ask queer people to walk into a building that’s flying a Blue Lives Matter flag — a flag associated with white supremacy and police brutality — in the year 2021, you’re clearly stating you’re not interested in listening to your clientele, most of whom stand by the notion that no one is free until we are all free. 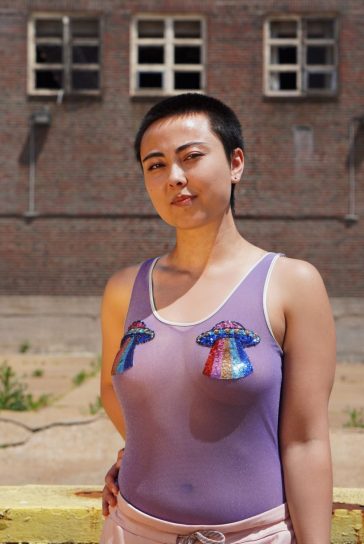 If you find yourself in a conversation with Deon Johnson that veers toward matters of the divine, don’t expect declaring...