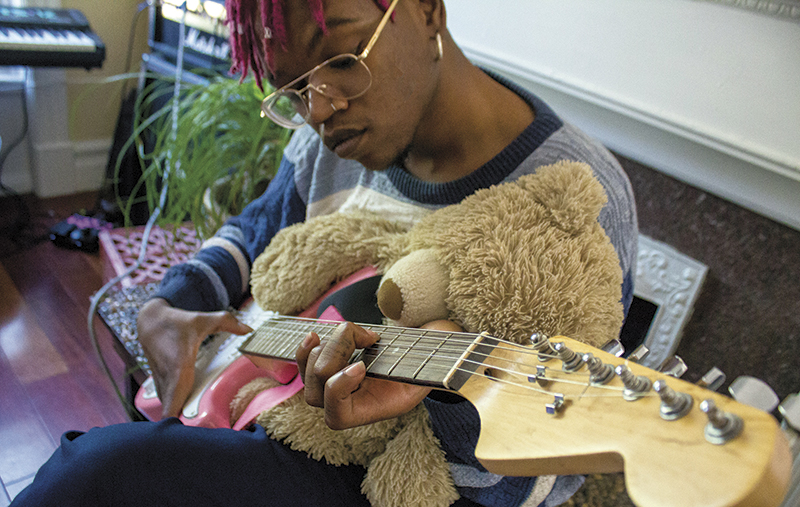 Eric Dontè is not in counseling. His music is how he gets out his anguish.

“I think a lot of people feel like I do but are afraid to say it out loud,” he says, sitting in his bare-bones apartment in the Shaw neighborhood. “I’ve hit rock bottom so many times, what’s the worst that can happen at this point?”

Dontè, 23, is six feet two inches tall and rail thin, with a frowny-face emoji tattooed on his left arm. His song “Sad Lives Matter” begins with crying, then chronicles the 2011 suicide of his best friend, who shot himself in the head.

The day before, they’d gone to Build-A-Bear to get teddy bears. After the suicide, Dontè carried his bear with him for years as a way to remember his departed comrade. The bear finally met its demise last year when another friend’s mother inexplicably tossed it.

His exuberant concerts feature him singing, rapping and bouncing off backup dancers and hype men. The shows are highlighted by fans throwing teddy bears on stage for him. They know he lost his favorite, and he carries different ones with him wherever he goes. 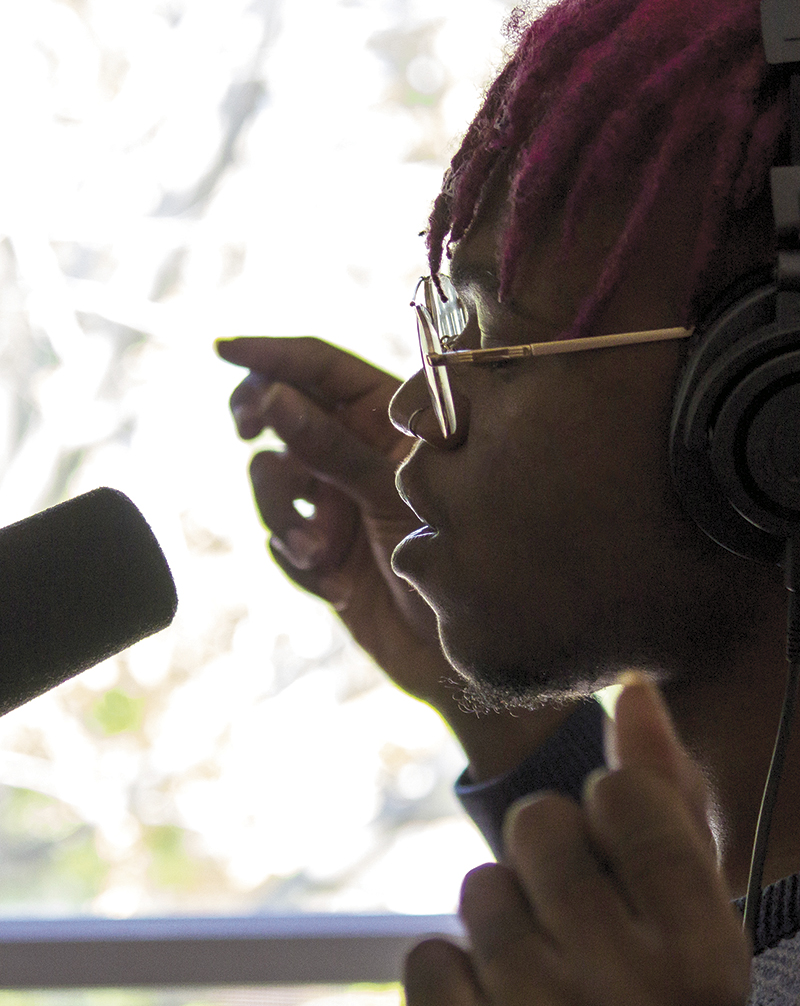 Many musicians describe their music as cathartic, but Dontè’s is nothing but. It’s atmospheric, artful hip-hop that is moody and drawn from his life — as in, he’s sometimes literally reading from pages of his diary. Although he has all the makings of a critical favorite, has performed at the Bonnaroo Music and Arts Festival and maintains a passionate local fan base, he’s not quite there yet. Some of the beats he uses sound amateurish. His music isn’t yet available on streaming services (though it will be soon). He also lacks a publicist or manager.

But his songs are so gut-wrenching and original that his success feels assured. Citing such influences as Marilyn Manson, Tyler the Creator and Missy Elliott, he maintains a vivid, gender-bending aesthetic, wearing pink braids and tiaras in his videos. His good looks have won him modeling shoots and runway shows.

Meanwhile, tragedy keeps striking. His father died of a heart attack in July. They’d been growing closer since his dad kicked him out of the house at age eighteen, unaccepting of his son’s sexuality. After the funeral, Dontè learned his father had wished they were closer. “At least I know now, but I wish I would have known before,” Dontè says.

Around the same time, his brother was shot several times — emerging from a coma the day after their father’s death. Dontè doesn’t know what inspired the attack, and the shooting is still under investigation. “It’s tough, but I’m making it,” he says.

His art is a bright spot — and that, he says, is “how it’s always been.” Music is his ally whenever the world seems to be crashing around him,  which happens with distressing frequency. It’s not always enough. He often feels crippled by social anxiety, making it hard to perform, hard to bring positive energy to fans who are counting on him for inspiration.

The title of his upcoming EP, A Lamp in the Room, due out in late summer, is a metaphor for this feeling. He wants to be “a burst of light” in dark rooms for his fans, but “because of my anxiety I’m not sure I want to be there.”

The release follows his lauded 2016 EP, God Don’t Like Ugly, which chronicled the events of the preceding year, in which his apartment burned down and he lost everything. He’s since moved into his new place in Shaw and is rebuilding his life. He surrounds himself with creative figures like the videographer Jessica J. Page and the producer and visual artist Angel of Deth. Dontè soon plans to release a “visual EP” of the songs from God Don’t Like Ugly.

Tragedy dogs him, and tragedy drives him. He has faced so much adversity that he long ago gave up trying to make sense of it. Instead, he questions God and assures himself that he’ll never be able to meet others’ expectations. This lets him focus on his musical vision.

It’s catching on. An email out of the blue earlier this year bore an invitation to perform at Bonnaroo, where he rapped before the biggest crowd of his career. Wearing pink silk pants and a black leather harness and choker, he was so inspired by the experience that he took a plunge — diving into the crowd and surfing on their outstretched arms.

“I have trust issues,” he says, noting that he’s not sure the hometown crowd would be supportive if he tried crowdsurfing at a local show. “But eventually here in St. Louis I’ll jump into the crowd too,” he adds. “When I feel like they won’t drop me.”

Ben Westhoff is a St. Louis journalist and the author of Original Gangstas: Tupac Shakur, Dr. Dre, Eazy-E, Ice Cube, and the Birth of West Coast Rap. Find him on Twitter @ben_westhoff 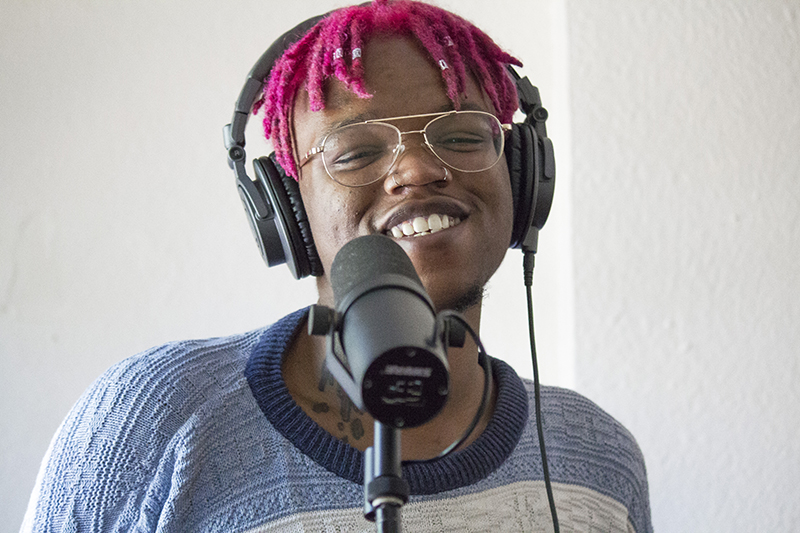 ‘Every Breath We Drew’ Shows the Gentle Side of Masculinity

When artist Jess Dugan began shooting portraits of her friends in 2011, she says, she gravitated to those who had...