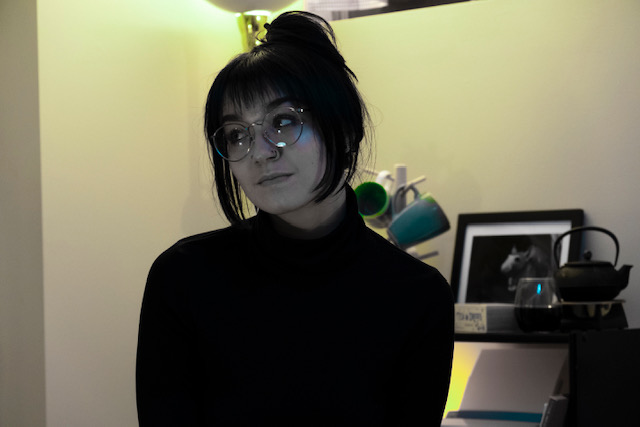 With more young people openly identifying as LGBTQIA+ and embracing the facts about the spectra of both gender and sex, awareness about gender identity and expression is increasing among college students and university administrative systems. What else is increasing, fortunately, is the population of people who reject the idea of binary gender and sex. On college campuses, particularly, this rejection is stirring up issues for the sororities and fraternities that require members to identify as male or female.

Single-sex Greek organizations’ strict division between men and women can be problematic for transgender students, especially if they are already involved in Greek life before their transition. If a person decides to come out as non-binary or to transition from one gender to another, while involved in some Greek life orgs, this could lead to social rejection. This social rejection could include not feeling accepted by other members, or it could include getting kicked out of their organization altogether. Another ritual causing complications for single-sex Greek organizations is referring to members with gendered and exclusionary language such as “brothers” or “sisters.” As more people begin to explore gender fluidity and identify as queer, there will be an increase in people who shift between identifying as male, female, both, or neither. This could cause complications for how certain organization members are primed to communicate with each other.

These complications brought on by requiring members to identify as a binary gender illuminate why single-gendered Greek organizations do not fit in with the progressive social climate of today’s college campuses. The structure of Greek sororities and fraternities lack consideration for transgender, gender fluid, and/or intersex individuals. This lack of consideration causes discomfort for LGBTQ+ students who want to be a part of these philanthropic leadership-building communities.

Single-gendered Greek organizations are also under scrutiny for instilling outdated gender norm ideologies within their culture. One of these gender ideologies is illustrated in the differences in how these organizations teach leadership. Sororities will commonly promote a “lady-like” mentality, and an all-inclusive, accommodating, and nonaggressive style of leadership. On the other hand, fraternities often promote a “dog-eat-dog” mentality, and a competitive, aggressive style of leadership.

It is believed that in today’s competitive American business world, these differences in leadership styles better prepare men for their future careers. These differences also align with the gender norm of women being the “submissive” gender and men being the “dominant” gender. This is an ideology that is being regularly challenged and rejected in today’s social environment.

Another ideology within single-gendered Greek organizations that reinforces outdated gender norms is the promotion of heteronormativity in their events. The best example of this is formals, which can be compared to proms at a high school. Greek organizations will host multiple formals throughout the year that promote members to bring their romantic partner. While there are typically not rules prohibiting members from bringing a partner of the same sex, it is ritualistic for single members to bring someone of the opposite sex who is also involved in Greek life. This would mean that sorority members would attend their formals with fraternity members, and vice vera. This ritual supports the idea that all members of the organization are heterosexual.

It is also said to be looked down upon for queer Greek organization members to attend these formals with members from the same organization. This is because it is thought that if members within the same organization pursue a romantic relationship, then it could potentially cause drama and other issues within the organization. This argument fails to acknowledge that there is regularly drama and disagreements between organization members in a non-romantic sense. These heteronormative practices and assumptions may pose as a challenge for single-sex Greek organizations as more people on college campuses support and identify with and as part of the LGBTQIA+ community.

Single-sex Greek organizations are currently anchored by harmful and rigid gender norms and are often not inclusive of LGBTQIA+ individuals. The complications that arise from requiring college students to identify with a binary gender and instilling outdated gender norms on members demonstrate why many Greek orgs need an extreme makeover. As more people challenge and reject the concept of binary sex and gender, these single-sex organizations are going to rightly lose their following to co-ed Greek organizations. As the saying goes, what doesn’t bend breaks.

Out in STL Influence Awards to be Held on March 26, Hosted by Miss Gay Missouri America and Benefiting PAWS

A year ago, fashion designer Alicia Markstone was mingling with friends and admiring the skyline views from the penthouse windows...