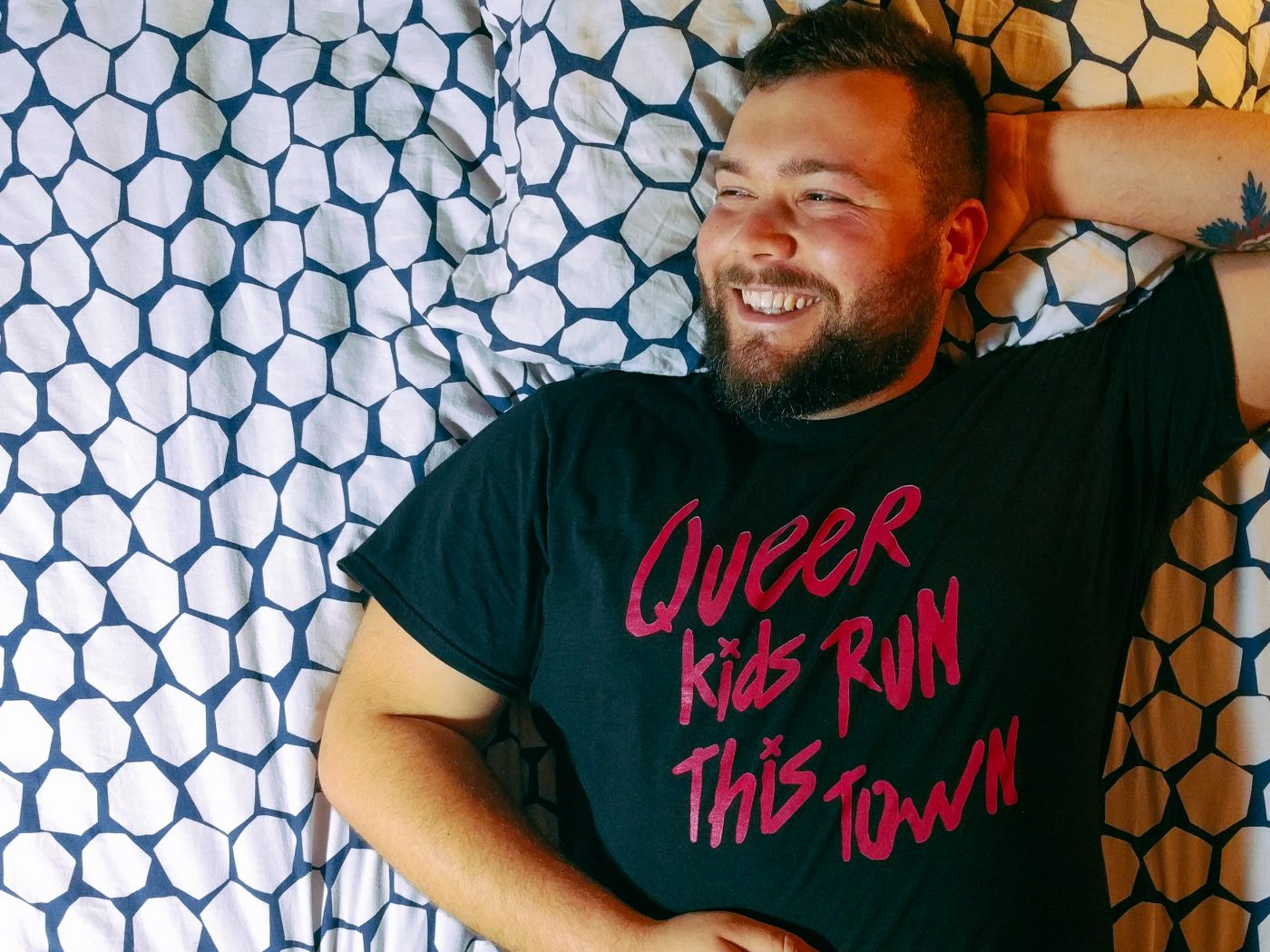 The sentiment, expressed in graffiti, was straightforward, cheeky, and just a little angry:

“Queer Kids Run This Town,” scrawled across the front of a building in Toronto.

“I found that super inspiring,” says Jared Rourke, who came across a photo of it online.

Rourke adopted the sentiment into a single T-shirt for himself, without further plans for his work. The internet had other ideas.

“Originally it was part of a Halloween costume,” says Rourke. “I was just going to wear it, but I posted a picture of it and a bunch of my friends were like ‘Oh my god, take my money!’”

By day, Rourke works as a graphic designer at Tiny Little Monster, a T-shirt printing shop. His passion project, though, is his small press: A Queer Press, known formerly as Queer Young Cowboys.

Fashion is hard to predict, but we’re pretty confident the shirt will sell out–it strikes just the right note, and it’s cute and edgy. A Queer Press is taking pre-orders through November 17.

A Queer Press has offerings including Doug Paul Case’s photo book The Men in My House and David Peery’s Watercolor Penises-Volume 2. It also features Rourke’s own recent work, Body Like Mine, a personal essay exploring body issues in the context of an open relationship, with collages built on photos of Rourke taken by his partners.

Body Like Mine, Rourke says, has received lots of positive feedback. Making it helped him recalibrate artistically and personally after the current occupant of the White House was elected.

“There is this constant onslaught of shit and I don’t know my place in it,” he says. “But it feels like what I can do is queer empowerment.”