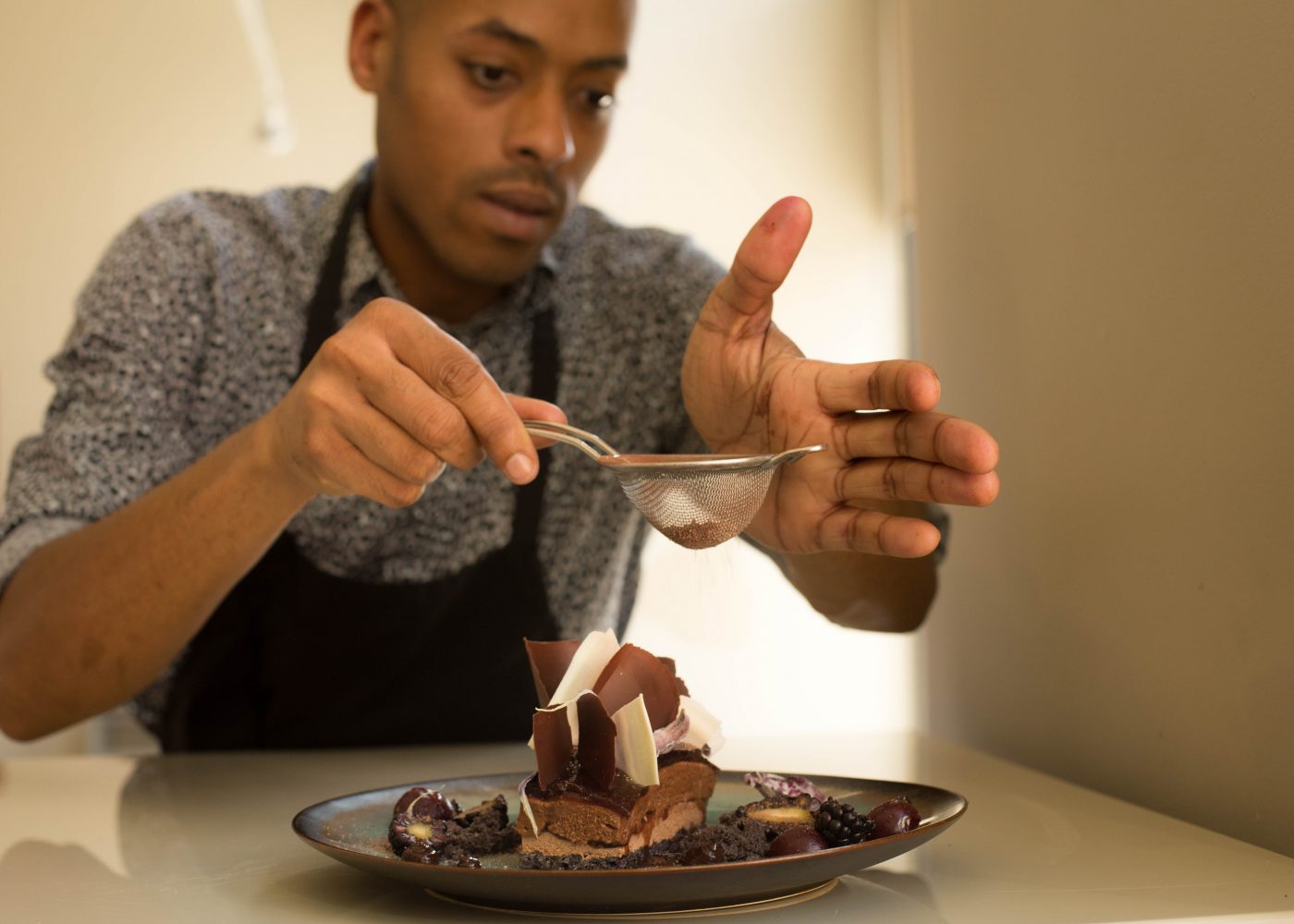 In September 2016, Tyler Davis decided (as many people do) that a meal would be a good way to introduce his partner to his mom. But for Davis, a pastry chef, the key was not the dinner per se. It was what came right after.

“Black forest cake is kind of an amalgam of my partner, Matt, and my mom’s favorite desserts,” says Davis, who works at Element Restaurant and Lounge in Lafayette Square. “Her favorite kind of cake is a German chocolate cake, and his is anything with cherries in it. So I kind of wanted to do something that was a marriage of the two.”

For the dessert, which he prepared at his mom’s home in Mount Vernon, Illinois, he started with German chocolate sponge cake base. Then he added layers of a mousse made from pecans, coconut and chocolate; homemade Luxardo black cherries; dark chocolate; a type of brandy called kirsch; and a touch of espresso. He finished the cake with dark and white chocolate shavings and chocolate sauce drizzled over the pastry and onto the plate.

How did it go over?

“It was absolutely fantastic, marvelous,” says his mother, Cynthia Davis.

“It was unlike anything I had had before,” says Matt Stevens, 32. 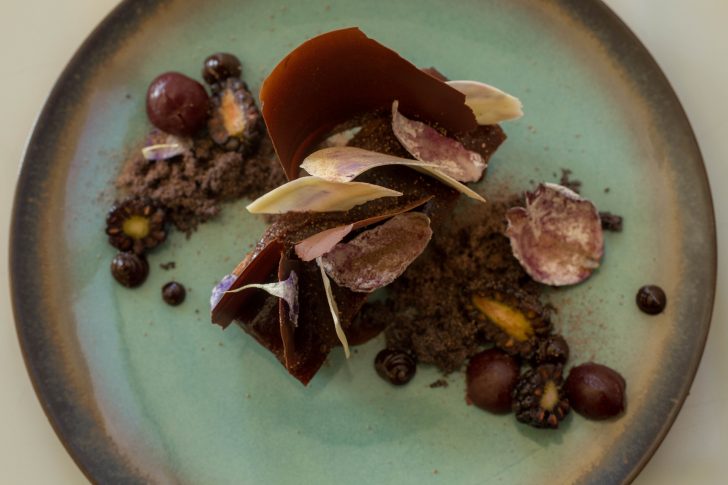 For Davis, 33, baking is a creative outlet, and with this dish, a chance to illustrate his feelings for these two “very different” people who have played pivotal roles in his life.

Cynthia Davis raised Tyler and his three older sisters on her own in a “nomadic family,” Davis says. He attended thirteen different schools. When he was in middle school, he even moved onto the campus of Southern Illinois University-Edwardsville with her while she studied for a teaching certificate. He also was living with her as she battled breast cancer.

“He’s seen his mom at her high points and her very low points,” Cynthia Davis says.

Chef Tyler says his mother seems “super intimidating” at first, but when you get to know her, she’s “super loving.”

“She just is very stoic and very strong because she was like a mom and a dad,” he explains. “She survived breast cancer and [bad] marriages and abusive relationships.” She even worked as a police officer for a while; today she’s a minister.

As for the chef’s partner, Matt Stevens, he and Davis only knew each other online at first. Stevens is a science educator and nonprofit consultant. The two men had a lot of mutual friends on Facebook, so at one point, Davis just added him.

In July 2016, Stevens posted online to ask if anyone wanted his extra ticket to the electronic duo AlunaGeorge’s concert at the Ready Room in the Grove.

Davis replied that he was interested. Unsure how it would go, he brought “a wingman who could get me out of there” if necessary. 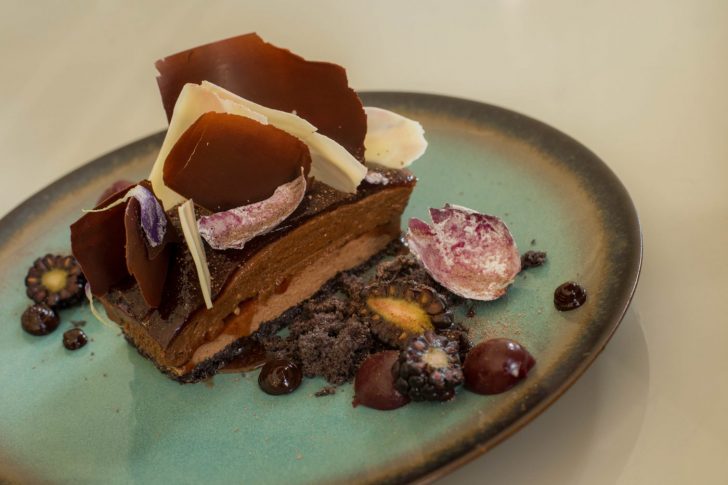 “We hit it off and have been together ever since,” says Davis. The two spruced up Stevens’ house and sold it, then moved in together.

They are also collaborating on Davis’ latest project: Alchemy Artisan Bakery, an online company that delivers handcrafted desserts — mainly cheesecakes — around St. Louis. Stevens, who also does graphic design, has created all the logos and graphics for Alchemy.

“It’s been a lot of building on one another and helping each other grow,” says Davis, who also works at Brennan’s in the Central West End and was a contestant on the Food Network’s Halloween Baking Championship.

Davis and Stevens plan to put the black forest cake on the menu at Alchemy when they open a brick-and-mortar next year (they’re still looking for a location).

As the chef’s career takes off, he is pleased to have a strong foundation in his personal life with a partner and parent who get along well — a situation he first engineered through food.

“She usually doesn’t like anybody I bring by — ever,” Davis says. “I thought if I could make something delicious, it would take her mind off [any reservations] a little bit.”

As it turned out, “I really liked him,” says Cynthia Davis. “He seemed very
kindhearted and is a gentleman.”

Stevens says he and Tyler’s mom have since remained in touch, “congratulating each other on things that have happened in each other’s lives.”

“I was nervous at first but it was ultimately amazing,” says Stevens. “We have a surprising number of similarities.”

Among those? A taste for black forest cake.

One step into Rafael Adón and you find yourself in an intimate mashup of eras. On one hand, this boutique...