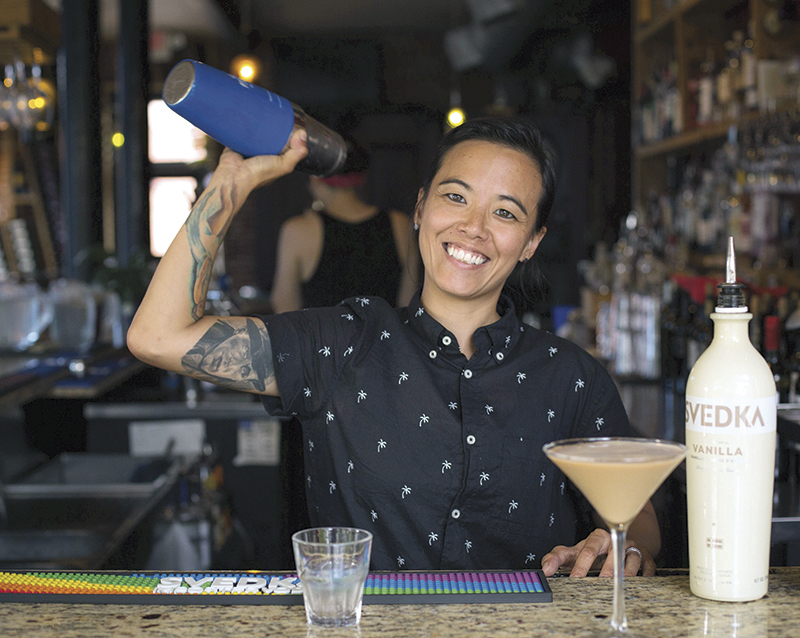 Cathy Thomure of Sasha's on Shaw (Photo by Monica Mileur) 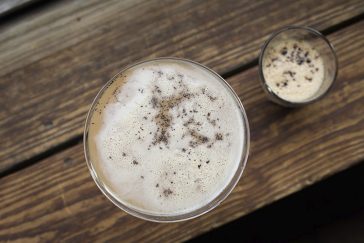 Cathy Thomure slung her fair share of shots during the seven years she worked at Novak’s, the legendary (and now-defunct) LGBTQ bar. Now she dwells in the more relaxed vibe of Sasha’s on Shaw, where she’s the general manager. But she still makes shots: Every night of the week after 9 p.m., the establishment runs a late happy hour featuring the $5 “Sasha’s Shot,” a swirl of espresso, Svedka Vanilla, Frangelico, Bailey’s, Kahlua and Buttershots. Thomure and crew are happy to serve it as a shot or a martini. Otherwise, you have plenty of other options, including 52 wines by the glass or even a Busch beer. It may be a wine bar, but it’s by no means a pretentious one. 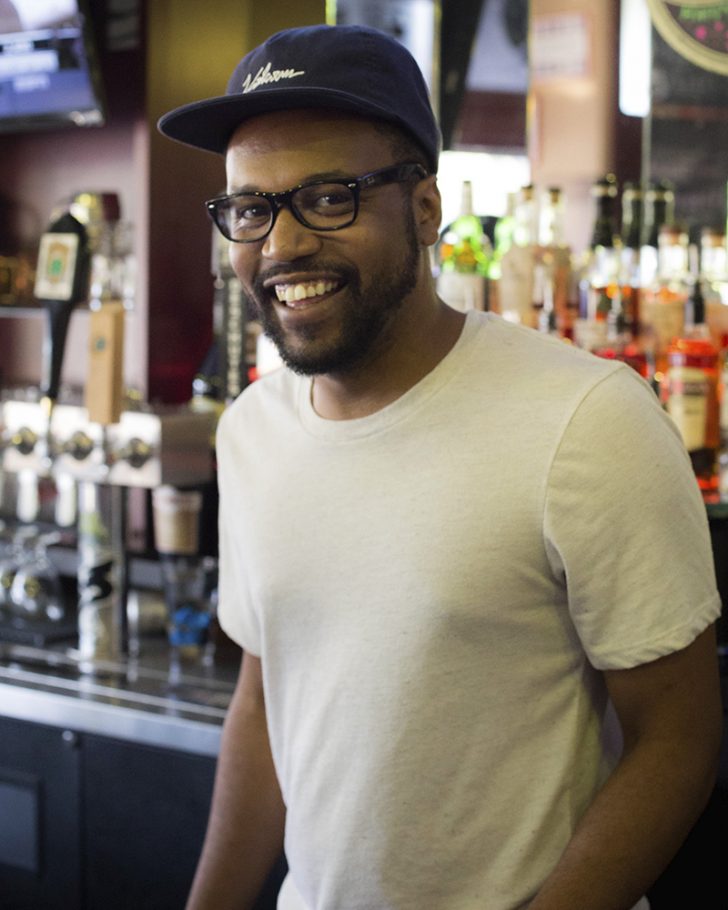 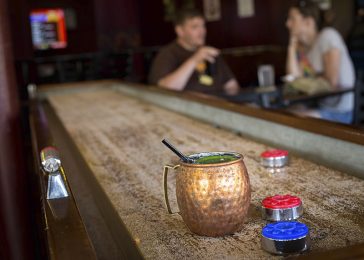 If a night owl sits at the bar and can’t decide what to order, many mixologists will inquire about her tastes and either cater to or challenge them. David Page, bartender at O’Shay’s in the Grove, goes about it differently. He suggests a cocktail he himself relishes: “the Irish Mule,” or at least, his version. To make it, he mixes Bulleit bourbon, ginger beer, orange bitters, dry vermouth, sour mix and a generous amount of lime. Consider it a flourish of self-expression from this self-described “Grovian” who also happens to be a photographer and writer. Page admits his recipe is weird, pretty strong and full of flavor. That’s why he recommends it: It lets you taste how he’s feeling. 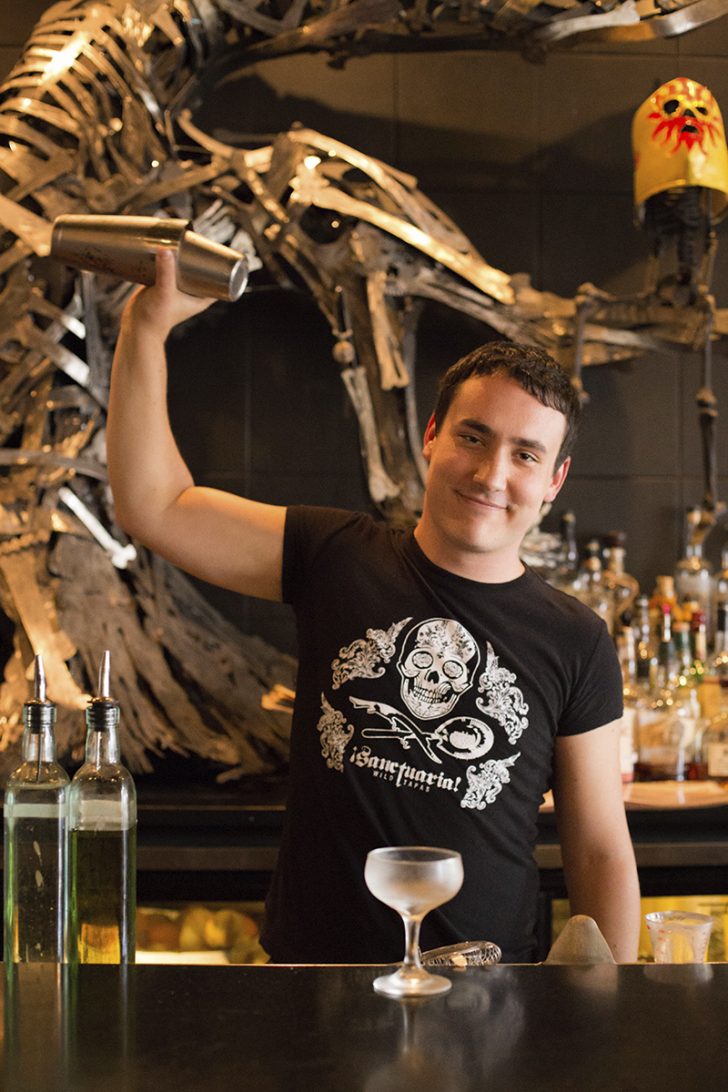 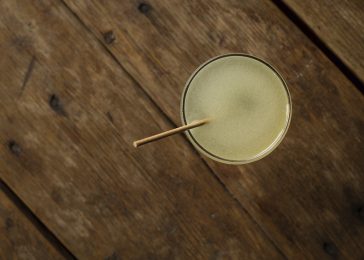 Benji Link says he likes working in the Grove because he feels comfortable and safe there; it’s appropriate, then, that the bar he tends is at Sanctuaria. The drink he likes best is “The Last Word,” a classic equal-parts cocktail that dates back to at least the Prohibition era. To him, it’s simple, balanced and perfect; sweet, tart and strong. It’s an easy sell to the guest who isn’t sure what to order, and easy to memorize as well: It consists of gin, Chartreuse, maraschino liqueur and lime juice and is served up. 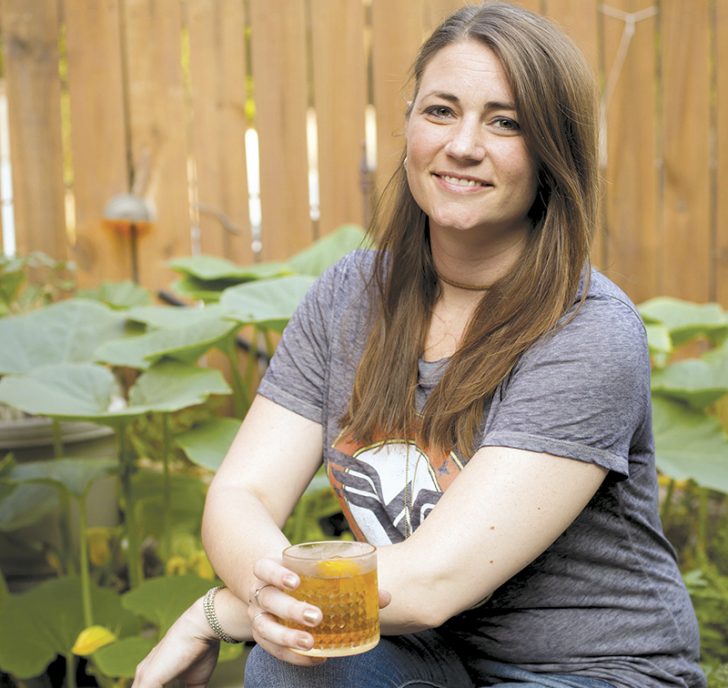 Alissa Reeves at The Scottish Arms. (Photo by Monica Mileur) 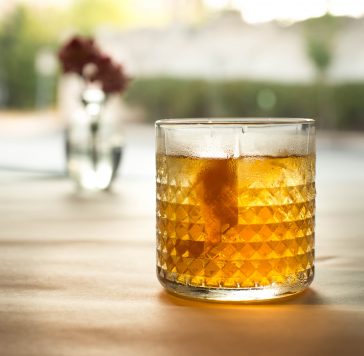 At the Scottish Arms, a friendly soccer bar in the Central West End, the term “Momma Bear” refers to two things: first, the house’s variation on an Old Fashioned, one built on Angel’s Envy bourbon (which is finished in port wine barrels) and sweetened with agave instead of simple syrup. Secondly, “Momma Bear” is the nickname of bar manager Alissa Reeves. She created the drink for a special event and has kept it on the menu ever since. Reeves claims her establishment boasts a certain romantic energy: She met her wife, Amy, there five years ago and reports having witnessed several couples return to the bar to take wedding photos in the booth where their own flame was first kindled. 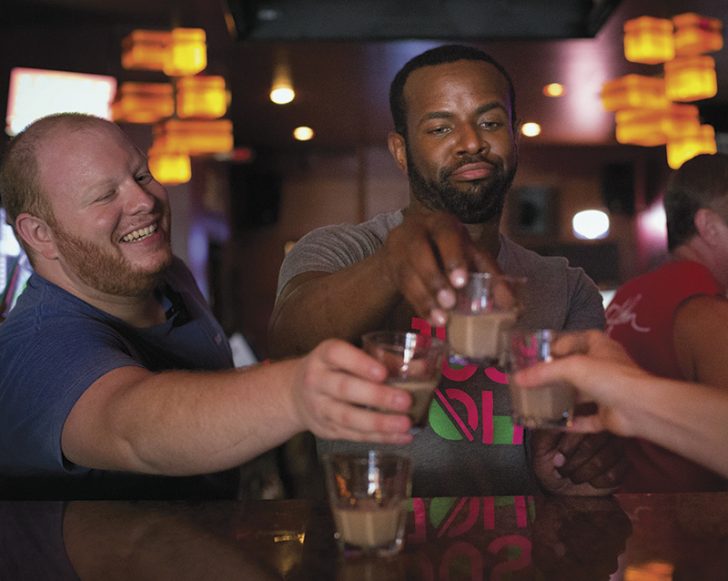 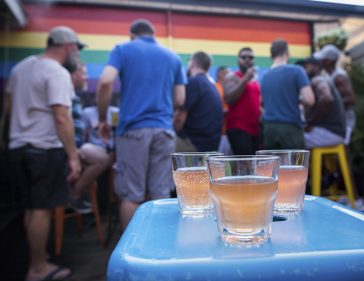 By day, Paulie Gibson is a fashion designer. By night, he tends bar in the Grove, and has done so for a decade. His signature cocktail started out as a martini called “Paulie’s Loopy” because it had Three Olives “Loopy” Vodka, which tastes like Fruity Pebbles cereal. Five years ago, after Gibson started working at Just John, the drink then became a shot, and much to his dismay, its name morphed into “the Ploopy.” It’s so popular up and down Manchester Avenue that you can order it at Rehab, Siam and Atomic Cowboy. But to sample a genuine Ploopy, you have to order one from Gibson at Just  John.

Dexter Peebles may be a 29-year-old St. Louis boy, but his alter ego, Cheyenne Devereaux, is a Southern belle relatively...