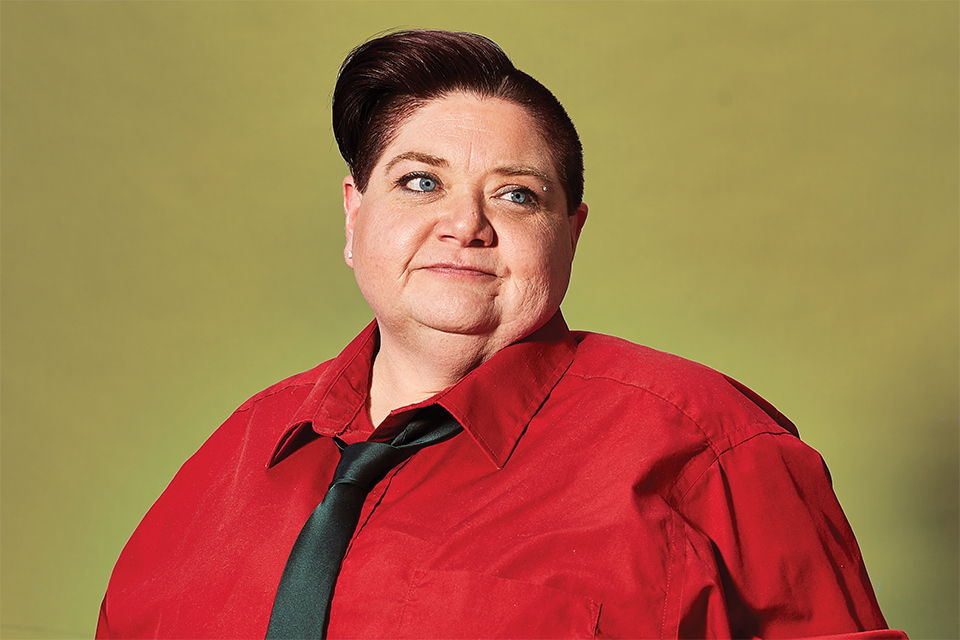 It was the early ’90s when a fourteen-year-old Nicci Kincer came out of the closet. And what she found outside that closet was hostility and fear — and, ultimately, inspiration for her life’s work of making the way easier for the kids coming out today.

“Back then if you were gay, you were the reason AIDS existed,” says Kincer. “The social environment for young people was very bad. There wasn’t anything for us in the way of support or education. I, like many other young LGBTQ+, didn’t have a supportive family, and high school was a nightmare.”

With no resources or support, Kincer’s day-to-day life was a struggle. The help that finally came changed the course of her life.

“To be honest, I wanted to die, and I might have if it hadn’t been for the high school psychologist named Harriet Grazmen,” says Kincer. “She slid me the name and number of an LGBTQ+ youth group called Growing American Youth. Had the administration found out, she probably would have lost her job. That youth group saved my life and planted this seed.”

That seed is the desire to be there for kids the way some adults were there for her when she was young and afraid. As the president of Metro East Pride, Kincer had a conversation with Bubby & Sissy’s owner Michael Paynic last summer about what they’d each like to see in a local Pride organization. The two were on the same page; they wanted a festival that prioritized community services for our youth. The result was the two longtime friends founding Alton Pride.

“We want to build a community center equipped with emergency shelter for short-term stay,” Kincer says. “We want to be able to provide whatever resources and support a young person might need in a crisis situation as well as support in the long term.”

Fifty years after Stonewall, Kincer finds it alarming and unacceptable that we still lose so many LGBTQ+ kids to suicide. As she, Paynic, and the board of Alton Pride see it, any celebration should simply be a vehicle to raise resources to help.

“The fight doesn’t stop with marriage equality. It stops when we secure a healthy and prosperous future for our youth,” she says. “One in which turning to self destructive behaviors and/or suicide is never an option.”

Editor’s note: Alton Pride’s first festival was slated for October 3 at the Alton Amphitheater, but has been pushed back to 2021 due to the pandemic.