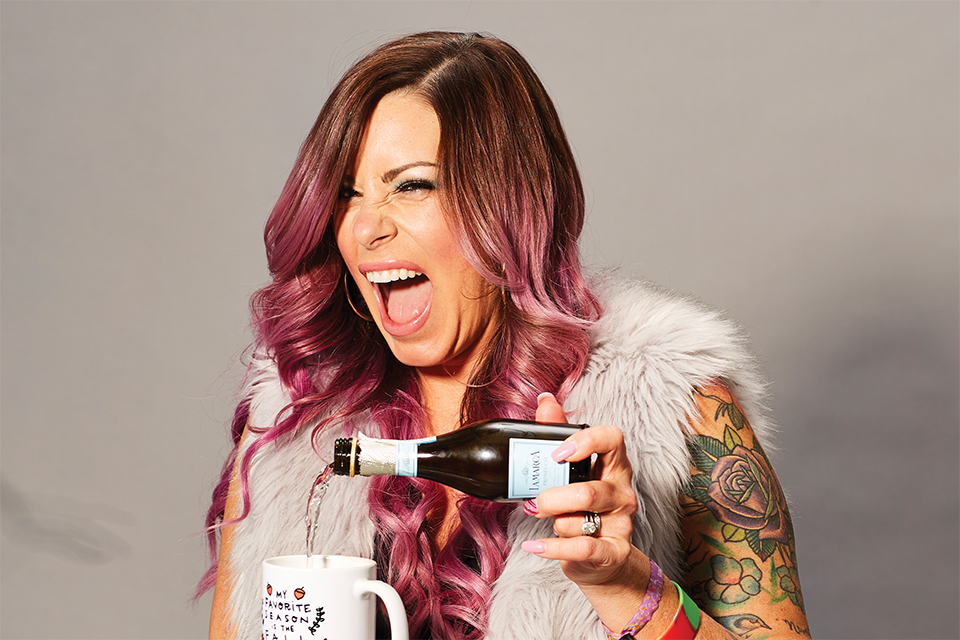 A fired-up teacher who believes in you can make all the difference.

“The program began and I just made myself chair of it — I was driving the boat!” says Brown-Hudson. “It’s a mighty little minor at Lindenwood.

She’s done a lot of making her own way and advocating for other trailblazers. When a planned TEDx talk at Lindenwood was canceled in 2018 amid controversy over discussing transgender issues, Brown-Hudson got her own TEDx license and took the talk off-campus. She supported a student’s desire to form a Gender & Sexualities Alliance through a year of roadblocks from an administrator she calls a bigot.

“I’ve had a number of students come out to me in my office and even in class,” Brown-Hudson says. “I treasure the level of safety that they feel in my classroom and my office space.”

Hudson-Brown and her college girlfriend moved to New York City for graduate school and fell in with her older gay cousin who’d lived there for decades, helping the pair form a queer community in the pre-internet big city — a very different experience from today’s hyperconnected young people.

As a femme-presenting cisgender person in a relationship with someone of the opposite sex, sometimes Brown-Hudson’s advocacy reads as allyship rather than membership, so she’s constantly coming out.

“I’m married to a man, but most folks around me know I’m queer,” she says. “I identify as pansexual.”

She’s happy to accept the label of ally when it comes to communities that she’s far outside, like trans and non-binary folks.

“I’m entrenched in the community, I’m dedicated,” she says. “It’s a fine line between advocating for the trans and non-binary community, and just getting out of the way.”

Brandon Reid is a youthful 33, but don’t let the babyface fool you — he’s packed a lot of life...