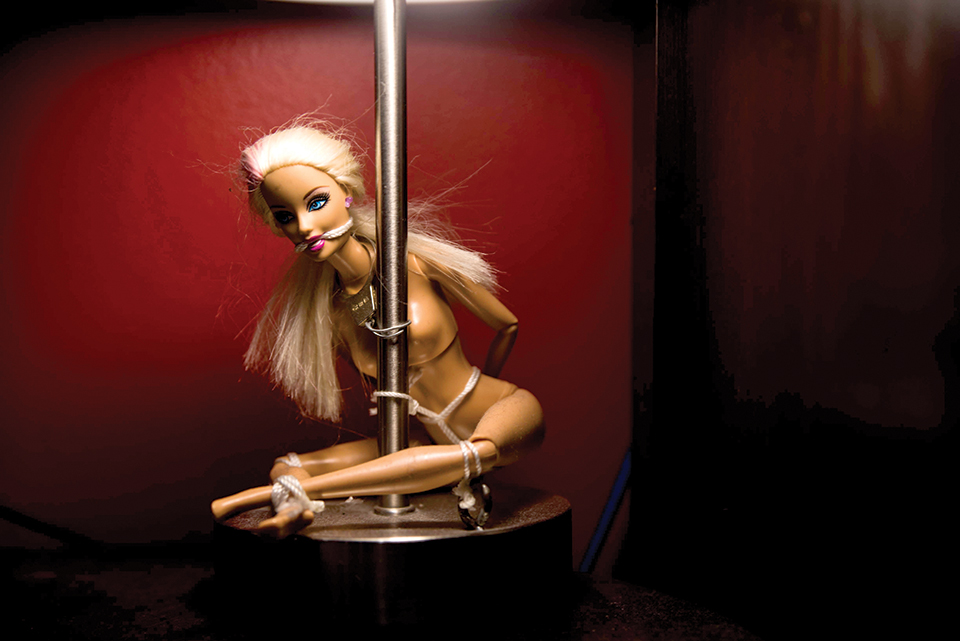 In the early days of Shameless Grounds, there was confusion. Michelle Mueller, who co-founded the business with her husband Andrew in 2011, recalls that people were often puzzled over what exactly makes a café sex-positive.

“I think some people expected we were going to make them eat on the floor, or wear a collar or whip them,” she says with a laugh. “When people came in, I think they were often surprised at how normal it is.”

While normal is a loaded term, in this case it’s apt. The café is on the unassuming corner of Lemp and Withnell avenues, south of Arsenal Street on the Benton Park side of Interstate 55. Rather than shielding the interior from passersby, big windows illuminate an interior furnished with a comfy sofa and a tidy spread of tables and chairs. There’s a small stage, bookshelves that are almost floor-to-ceiling and, tucked away in the back, a counter at which one can order from a menu of beverages (alcoholic and non) and what Andrew describes as a fairly standard offering of soups, sandwiches and salads — but with a twist. The ham, pulled pork and bacon on a toasted baguette with barbecue sauce, for example, is known as the Chauvinist Pig. The Ample Breast is a grilled turkey sandwich on wheat bread with bacon and herbed cream cheese. The menu also offers lots of vegetarian and vegan options.

There are other clues. On top of the bookshelves, dolls reminiscent of Ken and Barbie are doing naughty things. In the restroom, a large poster details the more scintillating aspects of the lives of several historical figures, including Catherine the Great (promiscuity), Strom Thurmond (father out of wedlock) and Amelia Earhart (open marriage).

It is the books, however, that most clearly convey the fact that you’re not at Starbucks. The collection, which can be browsed online at www.shameless.libib.com is overseen by Shameless Grounds’ day manager, who is studying library science. It consists of 1,700 donated volumes and includes fiction, spirituality, memoirs, advice and much more. Materials can be checked out for up to two weeks with the Shameless Grounds library card.

As is often the case in entrepreneurial ventures, the impetus behind the launch of Shameless Grounds was an unmet need. The Muellers met 22 years ago through the Society for Creative Anachronism (SCA), a Medieval reenactment organization that often gathers in parks and at Renaissance fairs. They attended monthly camping events, where they found, as Andrew recalls, “a wide variety of humanity and a lot of artistic, progressive thought, and a lot of different sexual expression. Everyone seemed happy to be gathered around the campfire with everyone else.”

Then, about ten years ago, Andrew’s employer let him know that if he wanted to keep his accounting position, he’d have to relocate to Irvine, California, which he thought of as the Clayton or Wildwood of greater Los Angeles. After comparing housing prices, both the Muellers decided against a move.

“I was 43-ish,” says Andrew, who saw his job situation as a sign of sorts. “Opening a coffee shop was an idea we’d toyed with for a while. I figured I had one last hurrah left and wanted to give it a shot before it was too late.”

Both Muellers say their inclination toward launching a sex-positive establishment can be found in their early lives. Michelle is the daughter of a school teacher and an art student who served in Vietnam. She grew up in Dutchtown, “before South Grand was South Grand,” where, instead of football, the family watched Bob Ross paint on Sundays. She went to her first drag show with her mother, who wanted to see one of her friends perform. Andrew, on the other hand, grew up in the suburbs, where he was a cookie-cutter young Republican until college and a stint in the military, to which he credits his openness.

“Instead of being surrounded by like-minded people, I was surrounded by people who were not like me, and we came together to do a job,” he says. “We think of the military as a rule-mongering organization, and it is, but it also takes people from a wide variety of backgrounds and focuses them on a common task.”

Before it opened in April 2011, the concept that would become Shameless Grounds revolved around three pillars: a community center, an outreach/education nonprofit and a rural retreat. Shortly before Shameless Grounds opened, Kendra Holliday garnered national attention when she was fired for her sex-positive blog, www.thebeautifulkind.com. Andrew says that rather than duplicating efforts, he and Michelle decided to support Holliday and her organization,

Sex Positive St. Louis. The dream of establishing a retreat on the property they own south of Cuba, Missouri, is something the Muellers have never completely abandoned, but with all their time and energy going into the business, which is open six days a week, the retreat remains on the back burner.

To see the extent to which the Muellers’ vision of a community center has come to fruition, simply check out the Google calendar at www.shamelessgrounds.com.

“Anything you can think of, we’ve probably had a discussion about it,” says Michelle. In addition to providing a forum where what might be elsewhere considered unconventional topics can be discussed, Shameless Grounds regularly hosts poetry readings and storytelling events. On Mondays, in what might seem an ironic nod to the wholesomeness of Americana, the entire café is occupied by people playing board games.

Shameless Grounds doesn’t charge for use of the space. Instead, the profits from food and drink sales, rather than going to shareholders who might find the content objectionable, pay for ingredients, supplies, rent, utilities, maintenance and wages.

As Shameless Grounds nears the ten-year mark, both of the Muellers are confident and relaxed about how the business that’s at the heart of both their personal and professional lives operates. Rather than looking to expand or conquer new hurdles or horizons, the Muellers reflect on what they’ve learned thus far.

Michelle is surprised at how little negative feedback there’s been; she recalls that even a group of nuns came in and thoroughly enjoyed themselves.

“We thought there would be picketing, because it’s Missouri,” she says. “We were prepared for that.” She was also surprised, and delighted, by the sense of family that’s developed at Shameless Grounds. “About 75 percent of our customers are here three times a week or more, so you worry when you don’t see them,” she says.

For Andrew, the biggest surprise has been realizing how powerful openness is.

“Once you start talking about sex openly and honestly, people you know and who you thought were plain-Jane vanilla come out of the woodwork to tell you about themselves,” he says. “People I had no idea were off the beaten path are in fact off the beaten path.” 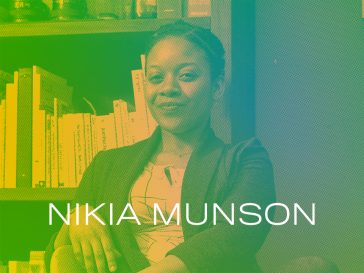 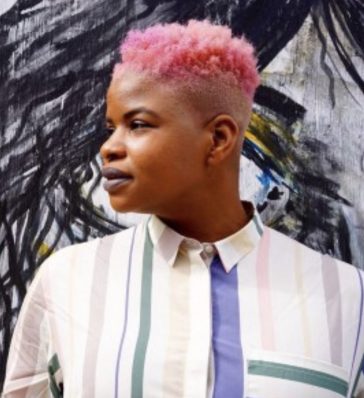